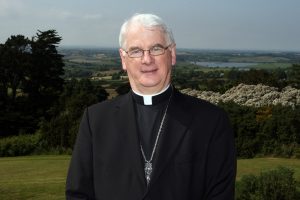 Abortion services could be introduced to Northern Ireland by stealth, warns Bishop Noel Treanor of Down and Connor.

In a message read at all Masses in his diocese yesterday, Bishop Treanor expressed his concern that draft legislation in Westminster relating to the formation of the Northern Ireland Executive is being used to introduce abortions in Northern Ireland.

Bishop Treanor reaffirmed that the protection of human life, from its conception until its natural end, is a matter of fundamental ethical importance for citizens, society and the state.

Bishop Treanor said he was concerned by an eleventh-hour initiative by some MPs to table amendments to a Bill whose primary function is to put in place measures to accommodate the ongoing absence of a Northern Ireland Assembly at Stormont.

“The issue of the protection of human life and the redefinition of marriage are not just devolved matters, which should be decided upon by the people of Northern Ireland, but touchstone issues which deserve the most anxious and intense consideration by legislators and citizens,” he said.

“I would encourage everyone urgently to contact their MP to register their objection to this undemocratic process.”