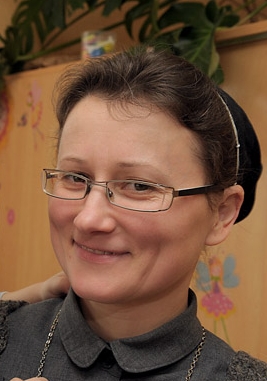 In a direct appeal to President Alexander Lukashenko, who has now been in power for 26 years, the Archbishop of Minsk said that the demonstrations were taking place because people wanted “to know the truth about the August 9 presidential election”.

In that election, President Lukashenko claims that he won 80 percent of the vote and that his main opponent, Svetlana Tikhanovskaya, won only 10 percent. She became an election candidate in the place of her husband, Siarhei Tsikhanouski, after he was arrested and debarred from the contest. The election has already been declared ‘unfair’ by the European Union and the United States.

Tens of thousands have been taking part in protests across the country and a general strike has been declared by trade unions, but demonstrators have been repeatedly attacked and arrested by police. Not only have police opened fire on demonstrators with live ammunition, there are also widespread allegations of torture, including rape of prisoners while in police custody.

“The shed blood on the streets of our cities, the beating of people who have taken part in peaceful demonstrations because they want to know the truth, their cruel treatment and inhumane detention, is a grave sin on the conscience of those who give criminal orders and commit violence,” said Archbishop Kondrusiewicz in the appeal, which was read at all Belarusian Catholic churches on Sunday.

Appealing to the state authorities of the Republic of Belarus “to start a constructive dialogue with society, to stop the violence and to immediately release all innocent citizens detained at peaceful rallies”, the Archbishop said that the destabilisation and destructive divisions being created at present might take more than one generation to repair and that the country faced “a difficult path of repentance, spiritual and moral purification, without which it is impossible to overcome the socio-political crisis”.

The Church leader speaks from experience: the former Soviet satellite is still suffering from the effects of Communist rule. So much so that it was not until 1999 that the Catholic Episcopal Conference of Belarus was first formed.

In Rome, on Sunday during his Angelus address, Pope Francis turned his attention to the crisis, saying: “I am following the situation in the country with great attention. I call for dialogue, an end to violence, respect for justice and the rule of law. I trust all Belarusians to the care of the Virgin and the Queen of Peace.”

Last night at 7 p.m. (5 p.m. Irish time), Archbishop Tikhanovskaya led an inter-religious prayer service for the Belarusian people at the Church of St. Simon and St. Helena, known popularly in Minsk as ‘the Red Church’. In addition to members of other Christian denominations, the prayer service was attended by representatives of Judaism and Islam.

The service was broadcast over the internet and among those joining in from afar was Bishop Declan Lang of Clifton, who is chair of the English and Welsh bishops Department of Foreign Affairs.

Calling on the UK government to work with other countries to address ongoing human rights abuses, Bishop Lang said: “We stand in solidarity with the Belarusian people and are profoundly concerned by the arbitrary detention and torture of those calling peacefully for democratic reform.

“I urge our own government to continue its important collaboration with other countries in addressing these grave human rights abuses and promoting an inclusive dialogue to end the violence, as called for by the Bishops’ Conference of Belarus.”

Meanwhile, as the unrest begins to cause food shortages, and as hospitals fill with victims of police violence, Caritas Belarus and the Good Samaritan Charitable Mission are providing as much assistance as they can in Minsk and other parts of the country.

Yesterday, Archbishop Kondrusiewicz requested a face to face meeting with the Minister of Internal Affairs, Youri Karaev. He would like priests to be given access to visit detainees “to provide them with the necessary assistance, especially spiritual”.

One religious sister, Sr Czeslaw Nowicka of the Ursuline Society of the Sacred Heart of Jesus, has come to public attention for visiting the Akrestin Street detention centre in Minsk to bring food and sanitary products to those being held there. Since Soviet times, Akrestin Street has been notorious as a place of torture by state police.

Sr Czeslaw told the Belarusian Bishops’ Conference’s news website, Catholic.by, that “the testimony of people who have gone through real torture fills me with pain and makes me bow their head before them”. Nicknamed “the Belarusian Mother Teresa”, Sr Chaslau said, “I want the Mother of God not to allow us to lose hope and ask God for peace for our children, so that they do not live in fear that they may lose mom or dad and suffer themselves.”