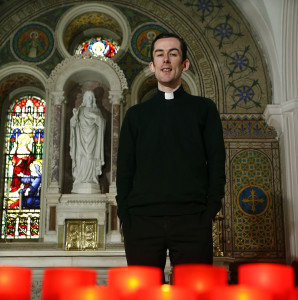 A new six-part series centring on people who live, work and worship in the Armagh area who share personal stories of why their faith is so important to them will begins on Monday evening.

City of Faith is being shown on BBC One Northern Ireland at 10.40pm on Monday night.

Armagh has been the ecclesiastical capital of Ireland since the fifth century when St Patrick founded his church there.

Today there are two cathedrals named after the Saint.

From its earliest known history, Armagh is a place where people have searched for something greater than themselves.

In the first programme, Jack O’Hare, David and Claire Scott and Gerry Gribbon talk about their own personal experiences of a life of faith.

Jack O’Hare, a former principal of a primary school, was very involved with the restoration of St Patrick’s Roman Catholic Cathedral.

He has been awarded a Papal Medal, the highest honour which can be bestowed on laity by the Pope.

David and Claire Scott are members of Mall Presbyterian Church and have a young son Daniel who was diagnosed with Exomphalos – a medical condition which means some of his main organs are outside of his body.

The couple share their story and explain how this situation has brought them both closer to one another and to God. 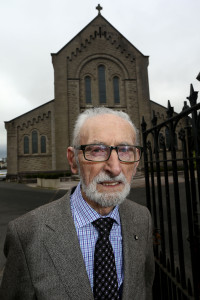 Gerry Gribbon, a recovering alcoholic, moved to Armagh from Belfast over 30 years ago and has devoted his life to helping others.

Cameras follow him from Armagh to Lourdes as he makes his annual pilgrimage with a local group, which he has done for the past 17 years.

Each year the trip has an added poignancy for Gerry as it coincides with the anniversary of his son’s death.

“City of Faith has been an inspiring journey. I’ve had the opportunity of opening a window into the extraordinary life stories of so many ordinary people, people whom you couldn’t fail to identify and empathise with,” according to Brendan Byrne, series producer/director.

“These programmes are about personal faith, rather than religion, and making them has strengthened my own faith in the goodness and decency of my fellow countrymen and women from all traditions, and all walks of life here.”

“Armagh opened its arms to my team, and in return I hope our portrayal of this city’s faithful is a tribute to that warm welcome.”