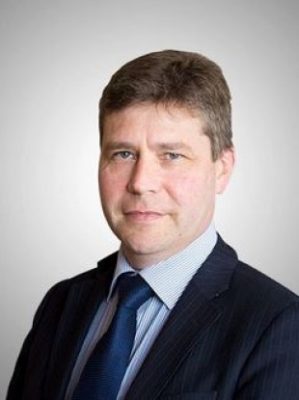 The kidnapping and torture of a Co Fermanagh businessman last Tuesday has been condemned by the parish priest of Derrylin, where the abduction took place.

In his homily yesterday, Fr Gerard Alwill said: “There is no way that I could face into celebrating the weekend Masses in the parish and, at the same time, avoid speaking about what has happened here over the last week.”

In the tight-knit border community where he serves, Fr Alwill said there were those who would say he had no right to say anything because he was “a blow-in”.

“I have only been here two years and it’s true that I don’t know all the ins-and-outs of the issues that have led up to the current situation,” he said.

“But what I do know are the values that we as a Christian community uphold and try to live up to in our own lives. What happened last week runs totally against those Christian values: the values of mutual respect for each other, the values of love of one another.

“Not only does this barbaric act run contrary to our Christian values, but it also runs totally against our own natural human values. What happened was totally abhorrent to all decent people.”

Kevin Lunney, chief executive of Quinn Industries Holdings (QIH), was abducted on Tuesday evening on his way home from work. He was held in a horsebox-like structure while he was beaten and tortured. One of his legs was broken in two places, and he suffered other severe but non-life-threatening injuries.

Mr Lunney was dumped in a roadside ditch where he lay for two hours before being discovered by a passing farmer.

This is the worst incident in a series of more than 70 attacks in the last eight years on QIH and on senior members of the company’s management. QIH employs around 800 people in counties Fermanagh and Cavan; its properties occupy some 1,000 acres on either side of the border between Ireland and Northern Ireland.

The company was founded in 2014 from two divisions – Quinn Packaging Ltd and Quinn Building Products Ltd, which owns a quarry and a cement works – that were part of the Quinn Group. This was a business empire founded and developed by Seán Quinn, a Derrylin businessmen who ran into difficulties because of his involvement in Anglo Irish Bank. When that bank was at risk of collapse in 2009, it was nationalised at a cost of €34.7 billion by the Irish government.

QIH is now mainly owned and funded by American investors.

Fr Alwill said people have the right to hold different opinions on certain issues. “But nobody, has the right to inflict such an appalling and vicious onslaught on any man or woman, or on any family. In Christian eyes, there can be no justification whatsoever for such actions.

“Over the last few days I’ve sensed a growing feeling of anger, resentment and revulsion among the members of our community over what has happened. Those who have spoken to me have mentioned their sense of shock, their sense of outrage and their sense of disbelief that such a terrible thing could happen here. Many feel helpless and afraid, with no one to speak on their behalf.

“All I can do, as your parish priest, is to give voice to those emotions, and to say, on your behalf, that there can be no room for such violence in a Christian community such as ours. In the name of God, and in the name of our community, we ask these people to stop the violence now.

“There has to be a better way of resolving these issues. In the name of God – stop, before somebody gets killed,” Fr Alwill said.