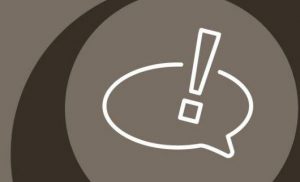 The Broadcasting Authority of Ireland (BAI) has rejected eleven complaints, including those of two priests and 400 parishioners, against RTÉ’s revered programme The Late Late Show.

One of the priests has told parishioners that the BAI ruling meant he had lost the case but won the war, according to Ann Lucey writing in the Irish Examiner newspaper.

Speaking at Mass in the Church of the Assumption in his parish in Moyvane, Co. Kerry, Fr Kevin McNamara said that the BAI report would ensure that the Catholic faith will be respected more by RTÉ in future. He said this referring to the fact that the BAI also reported that Ryan Tubridy could have done more to minimise the offence likely to be caused.

Fr McNamara’s complaint and the ten others related to The Late Late Show broadcast on RTÉ 1 television on January 2017, in which one half of comedy partners Rubberbandits, David Chambers, referred to the Eucharist as “haunted bread”.

Another contributor to the programme, writer Stefanie Preissner, spoke of her experience as a child when she thought that taking the body of Christ was cannibalism.

Michael Harding, a former priest and now a writer, contributed to the discussion, stating that over time the belief in transubstantiation has for some become difficult to understand.

The eleven complaints included those that described the use of the words ‘haunted bread’ and ‘cannibalism’ as offensive, hurtful or blasphemous, and disrespectful towards the Catholic faith and religious values.

Some of the complainants stated that the presenter failed to rein in such comments. During the programme, Ryan Tubridy commented that ‘haunted bread’ was a “great expression”.

The ruling of the BAI noted that presenter Ryan Tubridy’s handling of the Rubberbandit’s comment could have been better.

“It was the committee’s view that the presenter mis-judged the offence likely to have been caused by the use of the term ‘haunted bread’ and that his comments compounded the offence caused,” stated the BAI.

“While the committee did not believe that the comments or the presenter’s contributions crossed a line such that undue offence was caused to the audience as a whole, the degree of offence may have been minimised if the presenter had demonstrated greater sensitivity to the potential for offence,” stated the BAI. It advised RTÉ “to have regard to the committee’s view in this regard”.

The BAI rejected the eleven complaints. The committee noted that RTÉ had made an effort to respond to complainants and apologise to them.

The 90-page report published on 3 August included eleven broadcasting complaints decisions which were agreed by the Compliance Committee of the BAI at its meeting on 31 May 2017.