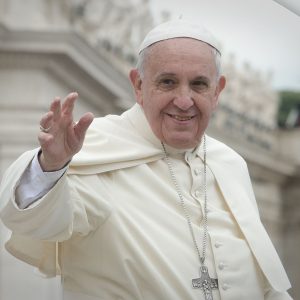 When Pope Francis criticised those among the faithful who lead a double life, the world’s media were quick to claim that he was suggesting that being an atheist was better than being a Catholic hypocrite. But was that really the case?

The Pontiff’s remarks were reported extensively by the media in Ireland and across the world, no doubt because the orthodoxic-minded – religious and secular – love to see hypocrisy exposed.

Again and again, it was reported that the Pope had said “Better to be an atheist than a hypocritical Catholic”. As it turns out, what the Pontiff said was a little more nuanced.

His remarks were not a ‘free pass’ for atheists. That said, Pope Francis has previously said that thanks to the redemption of Jesus, “even atheists can go to heaven”, providing they were people who used their lives to do good.

However, in his homily at Casa Santa Marta on Thursday, the Pope was critical of those Catholics who were hypocrites: those who claimed to be Christian but who do not live Christian lives. He gave as examples those who do not pay their employees proper salaries, those who exploit people, those who do ‘dirty business’, who launder money and who lead double lives.

He said: “There are many Catholics who are like this and they cause scandal.”

“Jesus talks, in the Gospel, about those who commit scandal, without saying the world ‘scandal’, but it’s understood,” said the Pope. “You will arrive in heaven and you will knock at the gate: ‘Here I am, Lord!’ – ‘But don’t you remember? I went to Church, I was close to you, I belong to this association, I did this … Don’t you remember all the offerings I made?’ ‘Yes, I remember. The offerings, I remember them: All dirty. All stolen from the poor. I don’t know you.’ That will be Jesus’ response to these scandalous people who live a double life.”