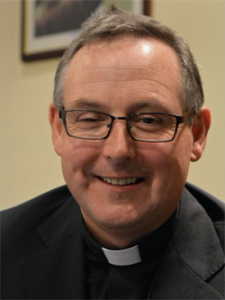 A leading Irish theologian based at Mary Immaculate College in Limerick has been appointed to a prestigious position in a university in Western Australia.

Professor Eamonn Conway has been appointed the 2017 Sisters of St John of God Visiting Scholar to the University of Notre Dame, and will take up the position this week for a 12-week period.

Professor Conway is a priest of the archdiocese of Tuam who is currently based in Ireland as the Head of Theology and Religious Studies at Mary Immaculate College.

As well as authoring and editing several books, Fr Conway has served on a number of Irish government advisory bodies. These include the Information Society Commission, for which he chaired the Working Group on Ethics & Values in a Digital Age. He also served on the Advisory Panel of the Irish National Economic and Social Development Learning Office.

In 2012 Pope Benedict appointed him as an expert advisor to the XIII World Synod of Bishops on the New Evangelisation. Since 2011, Prof Conway has been Chair of the Peter Hünermann Foundation for the Advancement of Catholic Theology in Europe.

His lectures will commence on Tuesday 11 July with ‘the Future of Priesthood and Ministry in the Catholic Church’. On Tuesday 1 August he will speak on ‘the Implications of  Laudato Si’ for how we Christians Live Our Lives’. His lecture series will conclude on Tuesday 22 August with a talk entitled ‘Assessing Pastoral Priorities in light of The Joy of Love/Amoris Laetitia’.

He will also undertake various engagements with the University of Notre Dame’s senior management team.

Speaking recently of his new appointment, Fr Conway said that it was “a privilege to be the first Irish scholar to be honoured in this way given the strong Irish associations with Western Australia.”