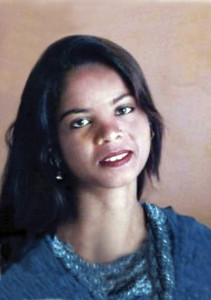 A Christian mother of five has been temporarily saved from execution after the supreme court in Pakistan granted her leave to appeal.

Asia Bibi was sentenced to death for blasphemy in 2010. She had been accused by a group of fellow workers who had a dispute with her over a water bowl. These Muslim women accused her of insulting the Prophet Muhammad, and this is a capital offence in Pakistan.

Asia Bibi’s lawyer, Saiful Malook, said that the supreme court yesterday (22 July) accepted his client’s petition to appeal against the death sentence passed by the Lahore High court. The death sentence was suspended and a date has yet to be set for the appeal.

Fides has reported that Joseph Nadeem of the “Renaissance Education Foundation”, who deals funds for the legal case and assists the Bibi family, said that the hearing took place in a calm atmosphere and that there were no Islamic religious leaders or Muslim extremists present in court. He said they were very satisfied with the ruling and that it was an important step forward.

Nadeem told Fides: “Now it is the time to pray and ask the Lord to melt the hearts of those involved in this case, including the judges, and pray that justice is done and Asia is released. We pray that Asia is strengthened by the grace of the Holy Spirit. And we pray for her release”.

Naveed Azim who attended the court hearing on behalf of the British Pakistani Christian Association (BPCA), was also present in court and he said he believed that process has given Asia Bibi an opportunity for finally defeat the false blasphemy charge.

Naveed Aziz said: “I am pleased at this (court) decision. It is obvious that international pressure led to this amazing decision and I thank all people who have called for her freedom. Sister Asia will have to spend more time in jail, but her freedom is now a real possibility and I believe only a matter of time.”

Asia Bibi has served 5 years in prison, and has had numerous death threats. Her family has had to go into hiding. This is her last chance for freedom through legal process, and many humanitarians are concerned that the Supreme Court will give in to the severe pressure in a society that insists that blasphemers, especially Christians, be put to death.

Chairman of the BPCA, Wilson Chowdhry said: “The draconian blasphemy law of Pakistan has been condemned globally and is a tool for discrimination, vendettas and hatred. The impunity with which perpetrators of false charges can stir up community hatred, magnified by the intolerance and similar permission for mosques to preach hatred, has created a toxic situation for minorities.”

He said that people are now fleeing Pakistan and these thousands are being re-persecuted in South-East Asian countries such as Thailand, Malaysia and Sri Lanka.