Archbishop and Bishop concerned by violence

“It is really damaging the fabric of the way we live." 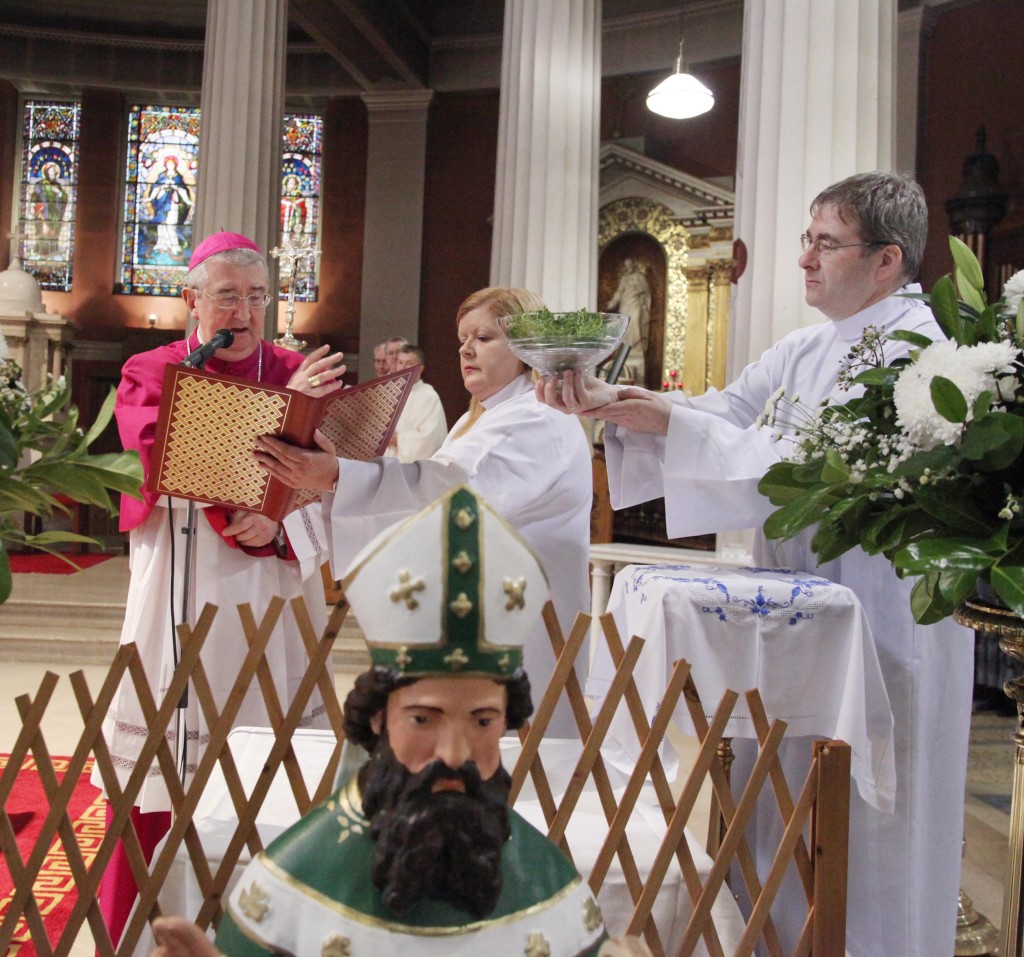 Blessing of the Shamrock in the Pro Cathedral in Dublin. Photo: John McElroy.

Both the Archbishop of Dublin and the Bishop of Limerick have expressed concern over the levels of violence in their cities.

“I don’t make any distinction between gangland violence, criminal violence or political violence – it is all violence. Violence isn’t the way forward,” he stated.

“It is really damaging the fabric of the way we live,” he warned. “We have to find ways of, first of all, appealing to people to see how futile this is and secondly, ourselves being stronger in saying we don’t want this.”

Asked if there needed to be a gun and knife amnesty, the Archbishop responded, “Anything. If anybody has any ideas within communities, let’s all work together to stop this.”

He also paid tribute to the Gardaí as one of the groups facing the legacy of violence day after day.

“They need our support. They have to face some very tragic situations,” he commented.

Archbishop Martin said that on a day when Irish people should be celebrating and thanking God for the good things that had happened the country over the last year, violence was a cause of concern.

Separately, Bishop Brendan Leahy of Limerick said the sentencing of John Dundon to life in prison in 2013 for the murder of Shane Geoghegan marked a turning point for Limerick and drew a line in the sand psychologically for the people of the city.

He said all the talk of the City of Culture had focused attention on the city’s artistic and cultural initiatives and this was good as it was a “very rich vein” in the life of Limerick.

However, he called for the City of Culture to expand its understanding of culture to include a culture of care for those who are less well off and on the margins and to address some of the problematic issues in some parts of the city.

On the recent flooding in Limerick, Dr Leahy said those affected “are living in very difficult circumstances that require action which can’t be delayed”.

“I would hope that the money that has been promised, but not just the money, the commitments and the joined-up thinking, will be delivered on.”