Archbishop saddened by negative portrayal of church work for the sick 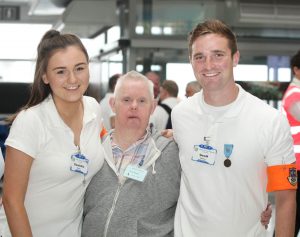 The Archbishop of Dublin has said he is saddened that the work of believers and church bodies in caring for the sick in the past is portrayed only in a negative light.

In his homily for a Mass to conclude the Dublin diocesan pilgrimage to the French shrine of Lourdes, Archbishop Diarmuid Martin acknowledged that church organisations made mistakes and church representatives failed to live up to their vocation.

“But so many anonymous men and women religious also brought dedication and innovation in health care and society owes them a debt of gratitude,” he said.

He suggested that as Christians living in a diverse society “we must find new ways of keeping that Christian spirit of gratuitous dedication alive in a society where commercial and economic values can often dominate.”

On the matter of church renewal, Dr Martin stressed it would not be achieved through publicity campaigns or public relations exercises.

“We renew the Church through being witnesses to the loving care of our God, the God revealed in Jesus Christ who will be with his Church always.”

Over 2,000 people from the archdiocese of Dublin took part in the Lourdes pilgrimage, which was led by Archbishop Martin. The group included 200 sick pilgrims, parishioners, students, priests, volunteers, musicians and medical teams.

The Archbishop told the pilgrims that God’s caring power had been with them during their time in Lourdes.

“The sick have felt God’s care through the work of our helpers. The helpers have found something deep in their hearts through their encounters with the sick. The deaf have communicated and felt welcome. Our young helpers have reminded us of the goodness that is present in our younger generation and our younger generation have learned that there are deeper values in life, which they must continue to develop in their hearts.”

He said they must now bring back home with them something of the spirit of Lourdes into the everyday realities of life as individuals and as a society.

“Believers have an essential contribution to bring to society today and to the future, especially in bringing support to the sick and the troubled.”

He also underlined that as believers “we must learn to rejoice when others do well.

“We are called to bring joy to those who need our support because of the burdens they bear. We are called to refute any temptation to arrogance on our part and to realise that God will never be found amid human arrogance.”

He concluded by appealing to them as they set out to return home to remain united in what they have been doing as witnesses to what the Church of Jesus Christ must be, “a witness to the loving kindness of our God.

“We are well aware of the difficulties and challenges that the Church faces in bringing the men and women of our generation to know and recognise Jesus as the way, the truth and the life. Pray for renewal in the Church. Pray for all those who have responsibility for pastoral care within the Church, pray for parents who day by day try to pass the faith on to the next generation. Pray especially for the success of the World Meeting of Families that will be held in Dublin next August. Pray for your priests and pray for your Archbishop.”