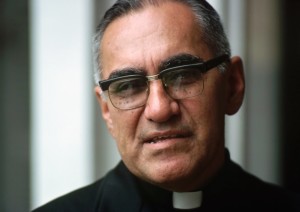 A panel of theologians at the Vatican’s Congregation for the Causes of Saints has ruled that Archbishop Oscar Romero was killed “in hatred of the faith” paving the way for his recognition as a martyr.

The decision was reported by the Italian bishops’ newspaper Avvenire.

The Salvadoran bishop’s canonisation cause stalled under the papacies of John Paul II and Benedict XVI who perceived him as too close to liberation theology.

However, under Pope Francis, who has a first-hand understanding of the brutal civil war context and the politics of the region, the obstacles are beginning to fall away.

Pope Francis told reporters in August 2014 “For me, Romero is a man of God.” He has indicated on a number of occasions that he would like to see his cause move forward.

The decision by the Vatican Congregation is a significant move and follows a debate over whether the popular bishop was killed for political reasons or for his faith.

The next step in the process lies with the cardinals and bishops who sit on the Congregation for Saints’ Causes. They will vote on whether to advise the Pope to issue a decree of beatification.

Though initially chosen as archbishop of San Salvador in 1977 as ‘a safe pair of hands’, Archbishop Romero became more outspoken against poverty, social injustice, assassinations and torture, as the country’s civil war took its toll and government-backed militias continued to kill and perpetrate human rights abuses.

On 12 March 1977, Fr Rutilio Grande, a Jesuit friend of Archbishop Romero’s, who ministered to poverty-stricken campesinos, was assassinated.

Of his death, Archbishop Romero later said, “When I looked at Rutilio lying there dead I thought, ‘If they have killed him for doing what he did, then I too have to walk the same path’”.

The Archbishop was gunned down on 24 March 1980, by a right-wing death squad affiliated to the US-backed government as he celebrated Mass in a hospital in San Salvador.

El Salvador’s civil war claimed some 75,000 lives and only ended with a peace agreement in 1992.

Archbishop Romero’s cause for sainthood was opened at the Vatican in 1993.