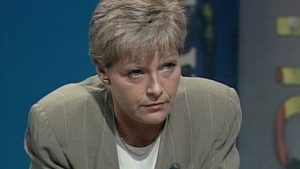 Veronica Guerin, in the ultimate sacrifice of giving her life for her convictions, shows us that death is not the last word, but rather that her integrity lives on and challenges us, Archbishop Diarmuid Martin of Dublin has said.

At a special Mass for the Sunday Independent journalist on the 20th anniversary of her murder, the Archbishop said Veronica Guerin was remembered not as a news story of the past, but as an example for today.

He told family, friends and colleagues gathered at the Church of St Nicholas of Myra in Kinsealy Co Dublin, that Veronica Guerin “remains someone who showed integrity and courage” and they could be proud of what she did and of the courage and determination she showed.

“She paid a high price and her family and friends suffered an unimaginable loss. Her integrity gives her still today a noble place our recent history.”

Many over the years have been inspired by her to become themselves ever more people of courage and integrity.

Speaking of the context in which the journalist was killed and its relevance today, the Archbishop of Dublin said, “We have uncompromisingly to expose and condemn the horrible violence and corruption of those who are involved in the traffic of death and disregard for life which is the drugs trade.”

“We have to support the work of the Gardaí and law enforcement in fighting this traffic of death.”

He continued, “Those who are involved in this disgusting and despicable industry will still attempt to silence anyone who has the courage to call evil evil. We must not let them overcome.”

“The corrupt flourish in a society where complacency and turning-a-blind-eye flourish.”

“We vilify democracy when we lack the courage and perseverance to call evil – evil.”

“We vilify the men and women of integrity when we fail to remember and support what they stood for.”

He said he had said on many occasions in the face of the current bout of violence in Dublin that the men and women of violence have two weapons in their armoury: their guns and our silence.

“I was struck today at an article showing how young children were being dragged into the drug trade in Dublin and forced to remain in it at an early age.”

“Having the blood of children on your hands renders a person contemptible and shameful, a shame that will remain with them no matter how powerful they think they are,” the senior bishop criticised.

Elsewhere in his homily, the Archbishop drew a parallel between the journalist and Archbishop Michael Francis, the Catholic Archbishop of Monrovia in Liberia from 1981 to 2011.

He founded the Catholic Justice and Peace Council in Liberia to defend human rights and civil liberty in that war-ravished country under the then President Charles Taylor.

As the situation in Liberia later became more tense, President Taylor did then make many attempts to kill the Archbishop.

“Michael Francis, man of integrity, is remembered as the conscience of the nation. Charles Taylor, corrupt president, lies in prison serving a 50-year sentence. Integrity remains; corruption in the end brings its own condemnation and dishonour.”

He said there is something about integrity that unnerves even if, in the end, the person of integrity falls victim to the corrupt, “their integrity remains and can even become infectious and give others the courage to live with integrity no matter the risk”.

“I thought of Archbishop Francis when I was asked to celebrate this Mass to remember and honour Veronica Guerin.”

He prayed that the journalist would enjoy peace with the Lord and added, “but we know that even in heaven Veronica’s peace will not be a passive one, but will be coupled with that restless spirit which was her trade-mark to see her work brought to fulfilment – by us.”