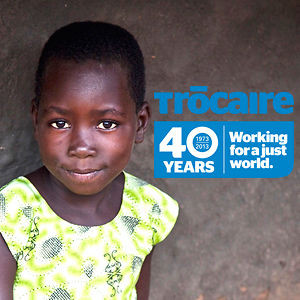 Archbishop Diarmuid Martin of Dublin has warmly praised the work of Catholic development agency, Trócaire, at a special Mass this week to mark the 40th anniversary of its founding.

In his homily at St Mary’s Pro Cathedral in Dublin on Monday, the Archbishop described Trócaire as “a fruit of the renewal of the Church in Ireland in the immediate aftermath of the Second Vatican Council.”

Discussing the role of a Catholic agency, he said that even when it is working alongside others and is receiving aid from governments and international organisations, it can never renounce its Catholic identity and fail to bring to the debate on development the fundamental vision of the human person and the human family which springs from its Christian inspiration.

Referring to Pope Benedict’s Encyclical Deus Caritas Est, he noted that it stressed the centrality of witnessing to the love of Jesus Christ in the activity of all Catholic organisations.

He recalled the Pope Emeritus’ warning that, “This love does not simply offer people material help, but refreshment and care for their souls, something which often is even more necessary than material support.”

He added, “In the end, the claim that just social structures would make works of charity superfluous masks a materialist conception of man: the mistaken notion that man can live ‘by bread alone’ a conviction that demeans man and ultimately disregards all that is specifically human.”

Elsewhere in his homily, Archbishop Martin recalled that in the aftermath of the Second Vatican Council and especially with the publication of Pope Paul VI’s Encyclical Populorum Progressio, the Bishops of Ireland felt that, alongside their support for missionary activity, there was a place for the Catholics of Ireland to have their own international development agency, like those which existed in many other European countries.

“Trócaire has been a beacon of the care and mercy and support of the Irish Catholic community for development and disaster relief for forty year now. Many people around the world place their hopes and trust in the work of Trócaire, as a reliable and honest partner,” he commented.

He said the agency was an inspired idea and over the past 40 years it had lived up to its inspiration.  “It has become a household name not just in Catholic homes, but as part of Irish national public discourse and indeed worldwide.  Every child knows what Trócaire is about.  The term Trócaire Box has earned a place, one could say, almost in The New Oxford Dictionary,” the Archbishop said.

But he also stressed that Trócaire’s success is due to the generosity of Irish Catholics who have risen again and again generously to support Trócaire in its every day work and in response to emergency appeals.

But he also sounded a note of realism, saying, “Like every development agency Trócaire has to admit to failure. I do not mean this in terms of blame, but in terms of the sad reality that despite best efforts and best practice the challenges of development still remain. Despite all analysis and identification of the concrete measures needed to be taken, for example, the UN Millennium Development Goals will not be universally attained.”

The Archbishop also paid tribute to Irish missionaries who have had and have a remarkable tradition of responding to broad human needs, especially in education and health and community development.

“Irish missionaries have at times been the strongest and most reliable partners of Trócaire and supporters of its aim,” he said.