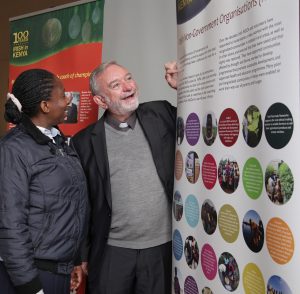 The Chair of the Bishops’ Council for Missions has thanked Irish missionaries at home and abroad, and their supporters, for their contribution to the vineyard of the Lord.

At a Mass in St Joseph’s Chapel in Maynooth College on Sunday, Archbishop Kieran O’Reilly, who served as an SMA missionary in Africa prior to his appointment as a bishop, said distinctions shouldn’t be drawn between missionaries who worked at home and those who worked abroad.

“There are many who have worked tirelessly at home in order that missionaries abroad can do their work.”

He praised supporters who have continually helped the work overseas.

“We want to give thanks today for the people who have been involved in the pontifical mission societies and our religious institutes all of these years and have made our mission what it is.” 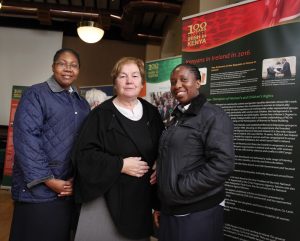 The Mass for returned missionaries and their benefactors is one of a number of celebrations organised by World Missions Ireland to mark October as ‘mission month’.

The theme for mission month is ‘Reach Out and Spread the Joy’.

Speaking after Mass, Archbishop O’Reilly said many older returned missionaries now acted as “a bridge” to the world where they had served in Africa, Asia and Latin America as well as a bridge to vulnerable communities within Ireland.

Many missionaries who have returned home after decades working overseas are helping migrants and refugees in Ireland deal with the challenges of direct provision, he commented.

Pointing to the Sisters who attended Sunday’s celebration, the Archbishop said many of them are currently working with groups. “They do it quietly. They would be the ones who would go down in the afternoon to meet the women and would see what is necessary for the children – they would take on extra programmes to teach English.

He said Irish society needed a way to evaluate and assess the contribution made by Irish missionaries across five continents in areas like education and healthcare, and he paid tribute to research by some universities into this unsung work. 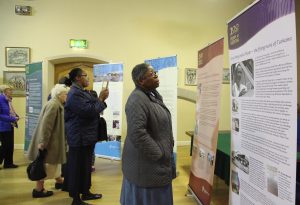 The exhibition highlights the work undertaken by Irish missionaries to Kenya over a period of 100 years (1916–2016). Pic John Mc Elroy.

His view was echoed by Fr Maurice Hogan, national director of World Missions Ireland, who worked as a missionary in Japan and Hong Kong.

“Returned missionaries have a whole wealth of wisdom to be tapped because they have been involved in intercultural exchange and that is important for the pluralist society that Ireland has become,” Fr Hogan said.

He also called for a project to help evaluate Irish missionaries’ contribution to the developing world, suggesting that returned missionaries should be interviewed about their work. “Now is the time to do it because in another ten years they will all be dead,” he warned.

An exhibition highlighting the role of Irish missionaries in Kenya over 100 years (1916–2016) was launched in Maynooth on Sunday. The exhibition was organised by Brona O’Neill, the wife of the Irish Ambassador to Kenya, Dr Vincent O’Neill.

Among those who viewed the exhibition was Sr Janet Nutakor from Ghana. The 43-year-old nun was educated by Irish missionaries and is currently based in Ireland, liaising with the African community and carrying out a needs assessment with them. 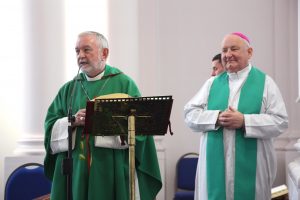