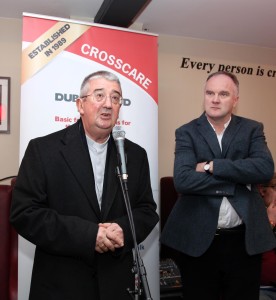 A church property capable of providing emergency accommodation for up to 40 homeless people has been offered to the Homeless Executive by the archdiocese of Dublin.

The move was announced by Archbishop Diarmuid Martin on Tuesday morning in response to the tragic death of 43 year old Jonathan Corrie who was found dead in a doorway on Molesworth Street.

In a statement, the Archbishop said that following consultations with diocesan staff, contact had been made with Dublin’s Homeless Executive and it is hoped the building will provide shelter for between 30 and 40 homeless people by Christmas.

Ahead of the decision to make the inner city property available, the Archbishop called for a public summit on homelessness and suggested that it might be hosted by the Lord Mayor Cllr Christy Burke.

Dr Martin suggested that the summit could bring together all those involved in fighting homelessness, together with municipal and political as well as business leaders in the capital.

He said it must address the pressing need for emergency accommodation for the homeless.

The Lord Mayor, who volunteers with Dublin’s Inner City Helping the Homeless (ICHH), indicated that he is willing to host such a summit.

The Archbishop and he are looking at how they can work together to address the homeless crisis in Dublin.

Archbishop Martin said in a statement he is very deeply concerned about “a deeply divided Dublin where on the one hand there is rejoicing at increased spending over the Christmas period and on the other hand where the number of those homeless and hungry is actually increasing”.

Meanwhile, two hundred people gathered outside Leinster House for a vigil in memory of Jonathan Corrie on Tuesday evening.

Earlier, the Minister for the Environment, Alan Kelly, issued an invitation to Dublin’s local authorities and housing charities for a summit on homelessness on Thursday.

He said up to 1,500 emergency units and 140 new units will be made available for the homeless in the coming weeks.

He also said 640 units of accommodation across Dublin that are boarded up will be opened up.