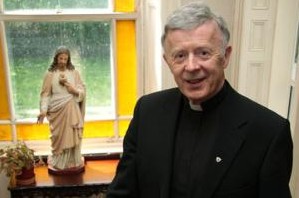 Archbishop Michael Neary of Tuam has strongly defended the celibate life of priests describing it as “liberating and edifying” when it is lived “honestly and positively”.

In his homily for a Mass to mark the tenth anniversary of the World Priest apostolate at the chapel of the Avila Carmelite Centre in Dublin, the Archbishop said celibacy allows the priest “to give himself to Christ with an undivided heart and to love others with an inner freedom that helps us keep in mind the fact that we are ministers of Jesus Christ and that our life is a total self-giving to God and to the people of God”.

He acknowledged that recent years have been difficult not just for priests, but for all who look to priests for example and inspiration.

“Sadly, some priests who should have been bringers of hope and healing, have brought harm and hurt and have left a trail of brokenness, betrayal and disillusionment,” Dr Neary said.

Elsewhere in his homily, he said that all of us have memories of priests who were powerful witnesses of Christ’s compassion, understanding and love.

“These men are signposts, enabling us to lift our gaze beyond the daily drudgery of life and help us to put things in perspective as we go forward on our pilgrim journey of hope.”

Reflecting on the decline in vocations numbers and whether this tend is a symptom of a crises of priesthood, the Archbishop of Tuam dismissed this as a rather simplistic view of the situation and said that the real crisis was a crisis of faith.

He said people were now beginning to acknowledge the fact that in many places priests are getting fewer and older and that many seminaries have vacant rooms.

“In a paradoxical way this is beginning to have a positive impact on the people of God. In parishes throughout the country men and women are committing themselves to adoration of the Blessed Sacrament and imploring the Lord of the harvest to send labourers to his harvest.”

He observed that in spite of the expressions of confidence with which we are very familiar in our culture, “one has only to scratch a little beneath the surface to recognise that fear is a very powerful and crippling human emotion. Fear causes us to recoil, to become stagnant, to look for false supports”.

Faith, by contrast, the Archbishop said, enables people to take risks, to go forward, to face the future courageously and to take Christ at this word when He says “I am with you always”.

The World Priest apostolate has been supporting and caring for priests for ten years through prayer, through the provision of priestly resources on-line, and in being available to support and encourage whenever needed.

Archbishop Neary described World Priest as a celebration and affirmation of the men who commit their lives to the Lord and the Church in the Sacrament of Holy Orders.

Marion Mulhall is the founder and CEO of Worldpriest, a lay organisation of professional communications people formed in 2003 to ‘Affirm the dignity, beauty and gift of the Priesthood of Jesus Christ to Humanity’.

She formed the apostolate in response to St Pope John Paul II’s announcement of a World Day of Prayer for the Sanctification of Priests to be held annually on the feast of the Sacred Heart of Jesus.

To mark the tenth anniversary of the World Priest apostolate, a new website was launched on Tuesday.  See www.worldpriest.com