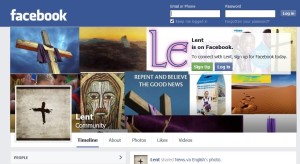 The Primate of All Ireland, Archbishop Eamon Martin, is inviting people to make a special effort to open themselves up to the grace that God offers during Lent.

The Archbishop has launched a special web feature and a new Facebook page which begins today – Ash Wednesday.

The resource is intended to help those interested in journeying in faith through Lent.

“I love the phrase which Pope Francis uses in his Message for Lent this year where he describes Lent as a time for ‘formation of the heart’,” Archbishop Martin said.

Open our hearts to the love of God,
Open our hearts in charity and love for others,
Let our hearts be formed and shaped this Lent so that they can be more like the heart of Jesus.”

Archbishop Martin recalled that, “For many years we have provided online resources to assist with our Lenten preparations which seek to guide us as we prepare spiritually for the joy and hope which comes with the Easter season.”

“During this season of Lent, I invite everyone to visit and avail of the information provided on our website and on Facebook and to join in the conversation on Twitter using the hashtags #lent and #lent2015.”

The website catholicbishops.ie offers Lenten information and resources, which are also available on our new Facebook page: 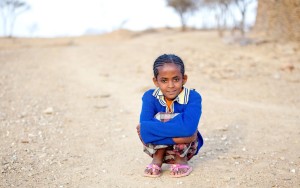 Mahlet (13) is the girl on this year’s Trócaire Box. She comes from a small mountainous village in Ethiopia that is suffering from an ongoing drought due to climate change.

The community is working harder than ever to support themselves, but the unreliable rainfall is making it difficult to grow their crops.

Trócaire is working to change this. With your support Trócaire is helping hard working communities in some of the poorest parts of the world to adapt to the changing climate, and grow food for their families to eat.

The following are some sources of information on the Trócaire’s appeal for Lent 2015 and how individuals and parishes can play an active role in the Pope’s ‘campaign against global indifference’ to the suffering of the poor:

For Parishes and Chaplains:

Please share any photographs you might have of fundraising initiatives, solidarity events, sacred spaces/ Lenten displays, Lenten Parish gatherings with us via social media at….

Finally, for those using smart phones, you can now have your Trócaire box with you at all times during Lent. Simply download the Trócaire box app (Powered by JustGiving) from the Apple App Store or Google Playstore.

CatholicIreland.net has its own illustrated Lenten resource which offers a daily short gospel quote, a focused prayer, a brief reflection, and a daily action suggestion. Fr Donal Neary, SJ is the author of the reflections which run from 18 February to 5 April.