Home > News > Holycross novena to focus on care for creation

Holycross novena to focus on care for creation 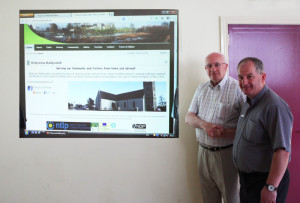 Thousands of people from all over the country will gather in Holycross Abbey in Co Tipperary for the annual solemn novena which commences this week.

The novena has proved hugely popular in recent years as the Abbey has a relic of the true cross which is housed close to the sanctuary.

This year’s Holycross novena opens on Tuesday 8 September and will continue until Wednesday 16 September.

It will be officially opened by the Archbishop of Cashel and Emly Dr Kieran O’Reilly on Tuesday.

The novena has lined up an impressive array of speakers including renowned environmentalist and locally-born Columban priest Fr Sean McDonagh, as well as newly ordained priest for the archdiocese and former Tipperary hurler Fr Vincent Stapleton.

The strong ties the Holycross novena has with the Redemptorist order will also be maintained with Frs Brian Nolan and Laurence Gallagher attending.

Speaking to CatholicIreland.net about the nine-day festival of faith local curate Fr Celcus Tierney who, along with parish priest Fr Tom Breen and curate Fr Michael Mullaney, is one of the organisers said, “We are really looking forward to the novena and to welcoming so many people from all over the country.”

“People come with very heavy burdens and the petitions give an indication of the kind of pain people are carrying in their lives. The novena gives them, and others, a chance to pray and to reflect. It is also a great time to meet people and that is very much a part of the nine days as well.”

Fr Tierney said that the attendance by Fr McDonagh, who is a native of Nenagh, fits in nicely with Pope Francis’ recent encyclical on the environment Laudato Si’.

According to Fr Tierney, “This encyclical is unique in that it is addressed to every person on the planet rather than to the bishops, priest, and specified religious groups. Care for creation is something that is close to Pope Francis’ heart and the fact that he chose to be called Francis after St Francis of Assisi, who was famed for his concern for nature, is evidence of this.”

Confessions will be heard before and after each session.