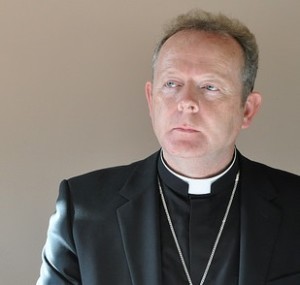 The Irish Bishops have rebuked the Government over the conditions in the country’s direct provision centres which are to be found in parishes across fourteen dioceses.

At their autumn general meeting, members of the Irish Bishops Conference noted that migration was a signature issue of Pope Francis’ pontificate particularly his concern over “the globalisation of indifference”.

They said the Pope’s call for the dignity of the human person to be protected and for solidarity and dialogue between peoples to be promoted had not happened in Ireland.

Referring to the protests of residents at five centres in Ireland over their living conditions in recent months, the bishops said the system had led to severe delays in the processing of applications of those seeking protection.

“Bishops have heard first-hand about the standard of living which applies to direct provision centres, and wish to voice concern regarding conditions which residents must endure in what is supposed to be temporary accommodation,” they stated.

They also highlighted that while living in direct provision centres for up to two years was challenging, many residents have been living in these centres for over five years.

“Some families, parents and children are expected to live in one room together. Single residents may have to share a room with several other adults and bathrooms are often shared,” they criticised.

The bishops said children in these situations were “of particular concern” as they constitute one third of all residents of direct provision and “are uniquely vulnerable to the lifelong consequences of growing up in such an institutionalised environment”.

They also warned that direct provision is “not a natural family environment and children may have to share a space with other families, parents cannot prepare food for their children and long durations of stay and confined living space can lead to depression and mental health problems.” 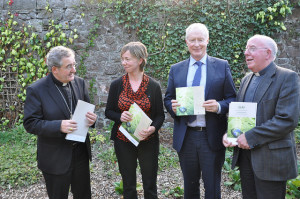 The Bishops Council for Immigrants encouraged every diocese to actively support their local parishes with the pastoral and spiritual care of those living in direct provision centres in their local communities.

During the two-day meeting in Maynooth, the bishops elected Archbishop Eamon Martin as the new President of the Irish Catholic Bishops’ Conference in succession to Cardinal Seán Brady who retired last month.

Archbishop Diarmuid Martin, Archbishop of Dublin and Primate of Ireland, remains as Vice-President of the Conference.

Other appointments included Bishop Denis Nulty of Kildare & Leighlin as the new President of ACCORD, the Catholic marriage care service, and Bishop Kevin Doran of Elphin as Chair of the Council for Bioethics.

A Mass of Thanksgiving for the pastoral work of the Irish Catholic Bishops’ Conference and also to honour Cardinal Seán Brady was concelebrated by Archbishop Diarmuid Martin, who was chief celebrant and preacher, and Archbishop Eamon Martin; Archbishop Dermot Clifford of Cashel & Emly, and forty priests and bishops in the College Chapel of Saint Patrick’s College, Maynooth.

About two hundred people gathered at a social event after Mass at which Archbishop Martin paid tribute to Cardinal Brady for his contribution to the Church in Ireland as a priest of over fifty years, as President of the Irish Catholic Bishops’ Conference since 1996, as a person of great spiritual depth, and for his innate kindness and wisdom.

Ahead of 4 October, Feast of St Francis of Assisi, patron of the environment, the bishops launched their pastoral reflection ‘The Cry of the Earth – A Call to Action for Climate Justice’ at Wednesday’s press conference in Maynooth.

Bishop John McAreavey, chair of the Council for Justice and Peace, described climate change as one of the most critical issues of our time.

Éamonn Meehan, director of Trócaire the bishops’ overseas aid agency, outlined the impact of climate change as experienced on the ground by the people Trócaire in some of the most disadvantaged parts of the world and Lorna Gold spoke about Trócaire’s advocacy plans on this issue over the coming years.

She told the press conference that Trócaire hoped to stimulate a national conversation on a post carbon society and support local initiatives in Ireland.

Bishop William Crean of Cloyne and chair of Trócaire looked at how local communities in Ireland can best support the work of Trócaire on this issue.

In his address, Bishop McAreavey said the document was seeking to build a sense of common purpose to address climate justice which threatened the world’s most vulnerable.