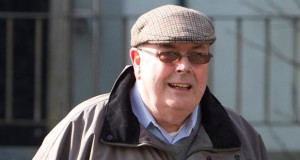 Archbishop Diarmuid Martin of Dublin has been described as “distressed” by details which emerged in court on Friday as Fr Denis Nolan was of convicted child sexual abuse.

In a statement on Friday evening, Archbishop Martin expressed his sympathy to the young person who was abused by the Dublin priest and he “unreservedly” apologised to him and his family.

He encouraged anyone else who may have information or a complaint of child sexual abuse against Fr Denis Nolan to come forward.

A complaint of child sexual abuse against Fr Denis Nolan, not related Friday’s proceedings, was first received by the Archdiocese of Dublin in April 2012.

The 61-year-old, who had been working in Wicklow Town and Rathnew until two years ago, was then removed from priestly ministry. He was sentenced in court in Bray on Friday to 7 years in prison.

According to a statement issued by the Archdiocese of Dublin, the priest was “obliged to co-operate and engage with the Diocesan priest support co-ordinator, who monitors priests in such situations to ensure compliance with restrictions placed on their activities.”

All information received by the Diocese was given to the Gardai and the HSE.

Subsequently, the Director for Child Safeguarding and Protection, Andrew Fagan visited the parish of Rathnew and met with parishioners and others in the local community.

All relevant information from that visit was provided to the Gardai and the HSE.  A thorough investigation by the Gardai led to the conviction today.

Anyone who has any information or concerns regarding the protection of children should contact the Child Safeguarding and Protection Service, the Gardai or the Child and Family Agency, which has taken over responsibility for child protection from the HSE.