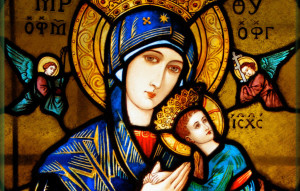 In Syria, Archbishop Samir Nassar, the Maronite Archbishop of Damascus, has recently consecrated the country to the Immaculate Heart of Mary.

In his act of consecration Archbishop Nassar, whose Eastern Catholic Church is in full communion with Rome, asked Our Lady “in an act of filial ‘homage’ of faith, love and trust – to solemnly consecrate the Syrian nation to your Immaculate Heart. Take it from our fragile hands into Your own; defend it and guard it as your own property; make Jesus reign, conquer and rule in it.  Outside of Him there is no salvation…” 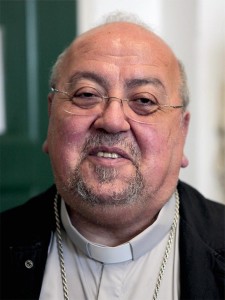 He said that the bishops in Syria feel a terrible storm raging around them that threatens to disperse and destroy the faithful.

And he prayed: “Intercede for Syria, O Our Lady, in this grave hour when from all around us blow furious winds, bringing cries of death against Your Son and against civilization founded on His teachings; deceiving minds, perverting hearts and lighting the fires of hatred and revolution in the world.  Help of Christians, pray for us!”

Pope Francis has recently called for the launch of peace initiatives in Syria.  At the Vatican, he prayed that all sides in Syria will be moved to “boldly negotiate the peace long awaited and long overdue.”  He also asked that the use of force to spread death would stop, particularly in used against civilians, whom he prayed would be able to access humanitarian aid in the region.

A “globalisation of indifference” has taken hold of too many of the world’s people, the pope said, numbing them to the dreadful reality faced by the Syrian people and other innocent victims of war and violence worldwide.

Meanwhile, in the Syrian presidential election this week, won nearly 90% of the vote securing a third term of office, despite the current civil war that has arisen in protest against his rule. Mr. Assad’s two challengers in the election, Hassan al-Nouri and Maher Hajjar, won 4.3% and 3.2% of the vote, respectively.

Despite the presence of other candidates on the ballot for the first time in decades, commentators say that Mr. Assad’s victory was always a foregone conclusion as voting was held only in areas controlled by the government.

Large areas of northern and eastern Syria, which are in rebel hands, were excluded from the voting process.  The opposition together with its western allies that include the US have denounced the election as a farce.

US Secretary of State John Kerry sharply criticized the election, saying that it can’t be considered fair “because you can’t have an election where millions of your people don’t even have the ability to vote.”

The election results boost Mr. Assad’s support base and constitute further evidence that he does not intend relinquishing power.