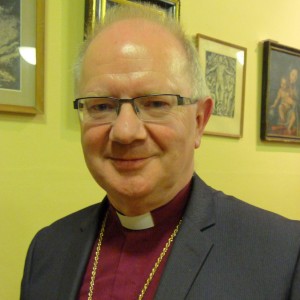 The Church of Ireland Primate has said memorialising the beginnings of the First World War cannot be done without reference to the violence, carnage, and suffering of the innocent in Gaza, Israel, Syria, Ukraine and Iraq today.

In his address at St Anne’s Cathedral, Belfast on Monday evening where the centenary of the outbreak of the First World War was commemorated, Archbishop Richard Clarke said war always represented the “abject failure of the human spirit and of humanity itself”.

“In the Great War, we see heroism and cruelty standing side by side, we see cynical disillusionment and moral determination intertwining, and we see hope and despair in equal measure, and on every side.”

Questioning where the Christian’s place is in the midst of the confusions and ambiguity, the pain and waste, the heroism and the idealism of the war, he asked what should be our response, our memorial, one hundred years on.

“First and foremost, we can only offer to God our confusion of thought – our admiration and our desolation, our despair and our courage – and pray that he will, in his grace, bring all things to their true end, that we may encounter his light in the midst of darkness.”

But Archbishop Clarke underlined that we have further responsibility than this.

He outlined the choices: to either create “monuments of hatred (it takes no effort at all), or we can painstakingly and even painfully build monuments of beauty, even to a horrifying past.”

“We can allow the ruins of what others have made of our hopes and longings to stand there, bare and broken, as a symbol of our hatred. We can build monuments to darkness, and it is only too easy to do.”

“We can, and it is by far the more painful option, seek to restore beauty and even restore relationships, and allow light to shine in the darkness.” He said this requires faith, courage and patience.

Recalling the total destruction of Reims cathedral in France in World War I, Archbishop Clarke said it was almost fifty years after the destruction of the cathedral before Charles De Gaulle and Konrad Adenauer could come together to the city to celebrate reinstated relationships.

“Building monuments – whether physical, emotional or spiritual – is something which we must always undertake with care and reverence,” the Archbishop urged.

“And as we come into God’s presence here to recall and memorialise the beginnings of the Great War one hundred years later, it should be to lay before God’s feet all the fusion of emotions that there should be.”

These emotions were “sadness at the loss of so much life, young and old … pride in the unselfish actions of many people … horror at the inhumanity that always accompanies war, and to this day … and determination that if this Great War was most certainly not a ‘war to end all wars’, nevertheless you and I will strive to bring God’s peace and light into God’s world.”

He warned that memorialising can be a crude, self-obsessive and vengeful thing – an empty shell of past hatreds that seeks to demonise an enemy forever.

Or it can become, “with forbearance, integrity and true spiritual courage, a thing of beauty that can strive to radiate the glory and the presence of God.”

Separately, Cardinal Vincent Nichols, Archbishop of Westminster, celebrated a Requiem Mass for the fallen of the First World War on Monday evening at Westminster cathedral. He told the congregation that they were gathered to salute their sacrifice.

“We commemorate their heroism, their loyalty, their bravery often in utterly impossible circumstances of horror and helplessness.” 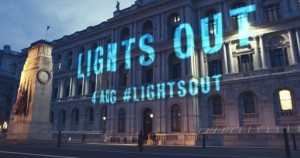 He recalled the 37 priests of the archdiocese of Westminster who served as chaplains during the war.

“Why did this Great War take place? There is no single, simple account,” he said.

He said there was a single event that served as a spark: there were competing and threatened identities, not least of the great powers; there were deep determinations to preserve established power blocks; there were troubled leaders who had their eyes on more domestic issues.

“We recognise today these same patterns. We know how vulnerable and precarious many situations in our world are today.”

He said that is why we continue our prayer, “our prayer for peace, in Syria, in the Holy Land, in Libya, in the Ukraine, in Africa, in so many places.”

“We remember again that violence always provokes violence and we beseech all those in power to seek always the ways of peace.”

“Let us pray that the King of Peace will truly reign in our hearts and that the commemoration and prayer we hold tonight may contribute to a new beginning in which, by the grace of God, we live in peace.”