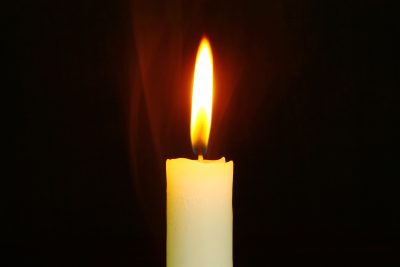 The head of the Catholic Church in Ireland has asked for prayers following the tragic deaths of three teenagers in a crowd crush outside the Greenvale Hotel, Co. Tyrone on St Patrick’s night.

The three young people have been named as Lauren Bullock (17), a student of St Patrick’s College in Dungannon, Connor Currie (16) and Morgan Barnard (17), who were both students at St Patrick’s Academy in Dungannon.

They died when they were crushed by the crowd as they waited to get into an event at the hotel. One other student remains in hospital in a stable condition. The PSNI is investigating the circumstances that led to their deaths.

On Monday, Archbishop Eamon Martin issued a statement expressing his shock and sadness over the tragic incident. “Please join with me in praying for comfort and strength for all the bereaved and injured,” he appealed.

Dr Martin said the joy and celebration of St Patrick’s Day in the Archdiocese of Armagh has given way to shock and sadness as “we try to come to terms with the tragic incident in Cookstown last night”.

“Our heartfelt thoughts and prayers are with the families and friends of Lauren, Connor and Morgan, and with all of those who were caught up in the horror and distress of what happened, including those injured and traumatised, and the emergency services and staff who responded.”

He said the sudden loss of any life makes people stop in their tracks and ask, ‘Why?’

“But when the lives of three young people are taken away so abruptly, and in the fullness of their youth and potential, we are left speechless and the grief is overwhelming.”

He added that words are inadequate at times like this. “Only compassion, love and faith can offer consolation to their loved ones and a glimpse of hope in the resurrection of Christ.”

In the coming days, the Archbishop of Armagh said, parishes, schools and the wider communities of Dungannon, Donaghmore, Cookstown, and others throughout Co. Tyrone and beyond, will reach out with Christian faith, love and compassion to let the heartbroken families and schoolfriends know that they are not alone in their grief and loss.

“I offer, in prayer, words from St Patrick’s Breastplate: ‘Christ in quiet, Christ in danger, Christ in mouth of friend and stranger. Christ beneath me, Christ above me, Christ to comfort and restore me’.”

A book of condolence has been opened in St Patrick’s Church, Dungannon.

The Archdiocese of Armagh includes half of Co. Tyrone, as well as counties Armagh and Louth and parts of Derry and Meath.