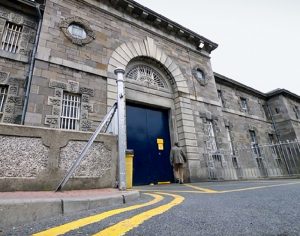 By the end of this year, almost 130 men will have completed Alpha courses in Irish prisons. This Gospel-based course seeks to introduce the basics of the Christian faith through a series of talks and discussions. Currently eight prisoners are doing the course in Dublin’s Arbour Hill Prison, facilitated by four prisoners.

“Iwan Matheson, who works with prisons in UK Alpha, came to Ireland a few weeks ago and led training for prisoners who had completed the Alpha course themselves, to help them deliver a course for other prisoners who hadn’t done it,” the Programme Co-Ordinator with Release Prison Partnership (RPP) told CatholicIreland.net.

For the first time, prisoners had been “mobilised” to deliver a course on their own and, according to the co-ordinator, RPP has been “very impressed with their leadership during the training”. The course is going well.

Release Prison Partnership is a ministry coming from St Catherine’s Church in Dublin 8. Although the charity only received its registered charity number in December 2015, it has been operating for ten years on an informal basis, centred around the Church of Ireland St Catherine’s Church.

The aim of the group is to reduce recidivism in Ireland. Almost 4,000 people were imprisoned in the Republic of Ireland in 2014. Sixty-two percent of those released from prison re-offend within three years.

“It is estimated that each case of re-offending that is prevented could save the public purse €68,959 per prisoner per year,” says Release Prison Partnership on its website. “For the majority of those who re-offend, there are many mutually reinforcing factors in their decision to commit a crime, including lack of accommodation, employment, or education; addiction; and loss or lack of personal relationships.”

Release Prison Partnership works to reduce recidivism through building long-term relationships with prisoners, and then running programmes for them like Alpha, followed by a ‘Biblically based addiction recovery course’, one-to-one mentoring and a variety of other activities.

“It depends on the needs of the prison,” says the co-ordinator. The organisation also tries to help prisoners re-integrate when they have served their terms.

Currently, through their 50 volunteers, they are running Alpha in Arbour Hill Prison and Mountjoy Training Unit, having concluded the course at the Midlands Prison and Shelton Abbey.

There is very positive feedback on the courses from many of the prisoners, she says. “For the first time they are able to have volunteers treat them with love and respect and not define them by what they have done, but who they are as a person and who they are in the eyes of God.”

“The Recovery Course has helped me to speak about things that hurt me in the past. In the beginning I did not think I would share my feelings, but I did. Thank you for being there when I needed you,” wrote one service user from Mountjoy Prison.

The Release Prison Partnership has both men and women volunteers. Generally, the team facilitating a course will be led by two to four people.

This Saturday, Release Prison Partnership is holding its Annual Conference with the title: ‘Making the Most of Our Time in Prison’. The event is open to the community, current and potential volunteers, and partner organisations. It will be held at St Catherine’s Church in Dublin 8.

Making the most of our time in prison means “really trying to re-frame the prison experience into something positive and how people who go into the prison system can actually better their lives and better themselves as a result,”. They are expecting up to 80 people and topics covered will include Addiction recovery, Reducing stigma among employers, Developing spirituality and community in prisons, Supporting families of prisoners, and Coping with active loss.

Among the speakers will be a panel of ex-offenders. For further information or to apply to be a volunteer with Release Prison Partnership, see www.release.ie.