Appeal judges have backed a mother who did not want her daughter, who is in her twenties and has learning difficulties, to have a forced abortion.

A British judge had ruled in favour of forcing a woman with “serious to moderate learning difficulties” into having an abortion that she herself, her mother, and her social worker did not want.

The woman’s mother, who was willing to look after the baby, appealed the decision by the Court of Protection’s Justice Nathalie Lieven. Three appeal judges then overturned the original ruling about the woman, who is 22 weeks pregnant.

Following the Court of Appeal judgment on Tuesday 24 June, Bishop John Sherrington, who speaks on life issues for the Catholic Bishops’ Conference of England & Wales, said: “I welcome the decision of the three Court of Appeal judges to overturn the initial ruling by Mrs Justice Lieven.”

He said that it was shocking that the NHS should seek to end a healthy pregnancy against the wishes of the pregnant woman and the people who support her.

“Forcing a woman to have an abortion against her will, and that of her close family, would have infringed her human rights, and the right of her unborn child to life in a family that has committed to caring for this child,” he said.

“In a free society like ours there is a delicate balance between the rights of the individual and the powers of the state and the initial ruling upset that balance. I am therefore pleased that the recent ruling has taken the woman’s best interests into account and has upheld her rights in this case,” he added.

He called on the government to urgently clarify what the limits are on the powers of the NHS to force abortions on women who do not want them.

Clare McCarthy of Right To Life UK welcomed the decision but called on the Department of Health to urgently reveal how many women have been forced to have an abortion in the UK over the last ten years and to make it clear how they will ensure it will not happen again.

Lord Alton of Liverpool said that the Court of Appeal decision had restored his faith in the judicial system. “By supplanting the rights of the family, and the rights of a vulnerable pregnant woman, the Court of Protection went way beyond the rights of a British Court,” he said. “There is an old saying that the person who saves a single life, saves the world. The saving of this single life should now open the eyes to the loss of so many others.” 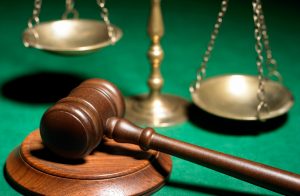 Liz Parsons, Head of Advocacy, Life, also welcomed the decision. She stated that “This could not be better news for all concerned. There is no way such a judgment should ever have been made and had it gone ahead [it] would have been a most grave violation of human rights. Three judges have now concluded that doctors must not carry out this abortion in a result that finally shows true compassion for all concerned.”

The appeal judges will explain their decision at a later date.

Liz Parsons described the original judgment as a “most extraordinary violation” and questioned whether Judge Lieven should have been dealing with the case, as she had represented BPAS, the UK’s largest independent abortion provider, as a lawyer, in 2011.