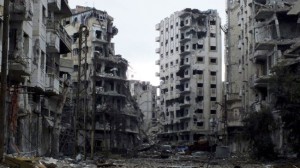 The Vatican’s Pontifical Academy for Sciences has appealed for an immediate end to violence in Syria and for dialogue between the various communities to commence.

A statement issued following a special Vatican workshop on Syria, expressed the hope that the Geneva II Middle East Peace Conference, which takes place next week, will enable “the people of Syria, the region and the world to conceive of a new beginning.”

The statement also called for an end to the violence that has claimed over 130,000 lives and “left a beautiful country in ruin and chaos.” 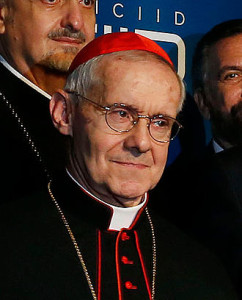 The meeting was inaugurated by the president of the Pontifical Council for Inter-religious Dialogue, Cardinal Jean-Louis Tauran.

According to the international experts present, the first step is a ceasefire and an end to violence. Then dialogue must focus urgently on spiritual and communitarian reconstruction.

“The Holy See is committed to supporting all religious faiths and communities in Syria, to reach new understanding and a meaningful restoration of trust, after years of violence between communities”, the statement underlined.

Participants of the conference also expressed their concern for the situation of millions of Syrian refugees who “suffer extreme and potentially deadly deprivations in terms of food, healthcare, electricity, telecommunications, transport and other basic human needs”.

A recent blog by Noelle Fitzpatrick, Syria Support and Partner Liaison Officer with Trócaire, addressed the issue of the Syrian refugees in Lebanon. There, the tiniest of children sell flowers by the roadway to earn money to survive

Currently almost 30% of the Lebanese population is refugees. Lebanon which is just a tiny country no more than half the size of Munster, has seen this influx put pressure on all its infrastructure with more traffic and higher rental prices for example.

Many of the young Syrian refugees are now working on initiatives to support other Syrians. Taxi drivers, students, young people working in cafes and Syrian business people, wonder how all this death, destruction and suffering has been allowed to happen. 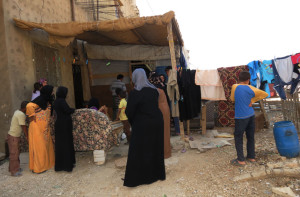 “Some people feel ashamed, others just utterly confused. For all of them, life is on hold,” she wrote.

One young man told how he fled his city of Raqqa when radical forces took over. He has deleted from his email and Facebook contacts those who chose to fight with these radical groups as he does not believe in violence or war.

However, he left his mother behind in Syria and it is too dangerous to return to see her.