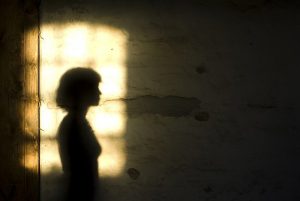 There are on average 70 victims of human trafficking identified in Ireland every year and of this 7 per cent are children. Many more are not recorded officially.

“There are other victims that are not identified and that comes with the clandestine nature of human trafficking,” said JP O’Sullivan, MECPATHS, who attended a conference in Sweden recently on the issue. “It is a problem everywhere in the world. No country is immune,” he told CatholicIreland.net. “There is that presumption that victims of trafficking are on the other side of the world.”

He explained that the reality is that people born in Ireland are being trafficked. “There is not a cohesive identification process for victims of trafficking and for child victims.”

There is some understanding of the issue in Ireland but there needs to be collaboration between all parties involved – including those in education and prevention, legal, and after care and support. There should be more public awareness meetings that include all voices.

At the conference, MECPATHS shared its unique experiences on how it trains third level students and workers in the hospitality sector in Ireland to prevent and combat child trafficking.

The conference, organised by RENATE (Religious in Europe Networking against Trafficking and Exploitation), included 25 delegates from around 12 European countries.

The Irish delegation included JP O’Sullivan and his colleague Ann Mara from MECPATHS; Noirin O’Shea, olcgs, a Good Shepherd sister who was involved in setting up Ruhama and is now working with APT (Act to Prevent Trafficking) Ireland; and Anne Kelleher, who handles communications for RENATE and APT.

She told CatholicIreland.net that this was the annual training event for RENATE, with the title Human Trafficking and the Law.

“This year the big thing has been how to build upon collaboration with law enforcement. That is a critical component to combating human trafficking, but also in terms of getting the message out there to the criminals that there is joined-up thinking going on around the world,” Anne Kelleher told CatholicIreland.net. “There is a phrase that comes to mind – ‘it takes a village’. Well, when it comes to combating this crime, ‘it takes the world’ of agencies to collaborate.”

The event was in Sweden because it is 20 years since the so called ‘Nordic model’, which criminalises the buyers of sex. “We think the Nordic countries are rich and well resourced but there are still the same challenges the world over – not enough prosecutors, police, safe houses, funding,” said Anne Kelleher.

She emphasised that, whatever the resources, the new Irish law on prosecuting the buyers of sex needs to be exercised more, and more convictions must be achieved. Similarly, more cases against traffickers need to reach the Irish courts.

“The message should go out to traffickers that there is a penalty, that they will get caught and they must be punished,” she said. “It is very, very challenging to build a case against traffickers because the girls are frightened to come forward, and they are not offered much protection, and their families in their own countries are threatened.”

She told CatholicIreland.net that she was heartened to hear that the new commissioner of An Garda Síochána, Drew Harris, has stated that human trafficking is a criminal act that he is particularly keen to address during his tenure.

Members of RENATE at the conference in Arlanda in Sweden heard from social workers, litigants and police officers who work directly with victims. The RENATE network extends across 31 European countries and more than 60 religious orders. Their members work quietly but determinedly against human trafficking. One of its members has been Sr Eugenia Bonnetti, who composed the reflections for the Stations of the Cross on Good Friday evening at Easter, at the invitation of Pope Francis.