Home > Featured > Another increase in homelessness in March 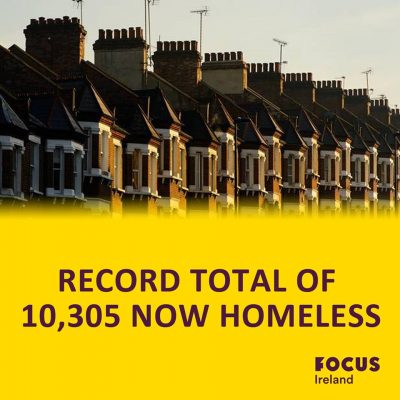 Some 10,305 homeless people accessed emergency accommodation during March, according to figures published on Tuesday 30 April 2019. This is an increase of 41 on the previous month.

Mr Eoghan Murphy, Minister for Housing, Planning & Local Government, on the publication of his Department’s March Homelessness Report, stated that the figures show a “slight increase on February”.

He added: “We continue to put considerable efforts into preventing people from entering emergency accommodation, while also exiting as many families and individuals from homelessness as possible each month.”

Barnardos children’s charity highlighted the further increase in the number of children living in homeless accommodation to 3,821 in March. Barnardos urged the government to ensure that children experiencing the trauma of homelessness have access to a dedicated support worker.

“We see first hand the affect living in homeless accommodation can have on children and families,” said Suzanne Connolly, CEO, Barnardos.

Speaking of the recently published Ombudsman for Children’s report into children living in family hubs, she said that it echoes what Barnardos sees day to day with families.

“Among the many issues highlighted in the report are feelings of shame, embarrassment, sadness and anger for the circumstances they are living in. Children also felt a sense of unfairness as they struggle to understand why they do not have a house to live in,” she said.

Barnardos claimed that living in institutionalised settings is becoming normalised, as parents can now count the number of Christmases and birthdays their child has spent in homeless accommodation. Children are acutely aware that this is not normal. Barnardos called on the government to place a six-month cap on the use of emergency accommodation to house families and to put better supports in place for children who are experiencing homelessness.

“Despite all the good work being done, it is clear that current government policy is failing to tackle the scale of the crisis,” said Pat Dennigan, CEO, Focus Ireland.

He added that the government should look at the constant rising flow of people losing their homes and becoming homeless.

“For over two years Focus Ireland has been providing evidence that landlords evicting to sell is the largest single cause of family homelessness. The government has rejected the solution we proposed (of giving greater protections to tenants) but has failed to come up with any proposal of its own to tackle a problem which results in around 18 families a week becoming homeless,” he said.

Focus Ireland said that its own figures show that 82 families became newly homeless in Dublin in March, the same number as March 2018. The charity also noted that the latest government figures exclude families who have been assessed as homeless by local authorities, are receiving homeless support funded by the Department of Housing and are living in emergency homeless accommodation that has its “own front door” .

Focus Ireland has called for the number of families living in “own door” emergency accommodation to be published each month along with the headline figure. This would give a much clearer picture of the nature of the problem for policymakers and services.