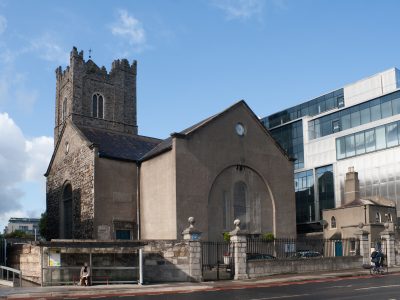 The Church of Ireland Archbishop of Dublin and Glendalough has expressed his “shock” and “outrage” over the desecration of the crypt of St Michan’s Church and the robbery of the head of an 800-year-old mummy known as ‘The Crusader’.

The discovery was made shortly before lunchtime on Monday when the guide at St Michan’s was preparing to open the church to visitors.

Expressing his sadness and outrage at the incident, Archbishop Michael Jackson said he was “shocked that someone would target this ancient burial place and desecrate the remains of those lying within it.

“Not only have these individuals desecrated the sacred crypt but they have destroyed these historic mummies which have been preserved in St Michan’s for hundreds of years.”

He appealed to those responsible to examine their consciences and return the head of ‘The Crusader’ to “its rightful place”.

The incident is being investigated by An Garda Síochána.

The Vicar of the Christ Church Cathedral Group of Parishes, of which St Michan’s is part, Archdeacon David Pierpoint, said he was upset and disappointed that the church had been targeted again by vandals.

The crypt of St Michan’s was also vandalised in 1996.

“The actions of these people are devastating and sacrilegious. We are upset at the amount of damage that has been caused. The crypt will have to close so tourists will not be able to visit. It is very frustrating,” he said and added, “I would appeal to anyone with information to contact the Gardaí.”

Last year over 26,000 people visited St Michan’s and its crypt.

Speaking to RTÉ Radio’s Liveline programme on Monday, Archdeacon Pierpoint explained that a number of bodies in the crypt had been destroyed including that of the 800-year-old Crusader, “who was quite a big tourist attraction”, and a 400-year-old nun, whose remains had been “completely trashed” he said.

“They turned his body around and messed about with it and then they severed and removed his head. It has disappeared. It is not in the grounds – so we can only assume that they have taken it with them.”

In the Hamilton vault there were three mummified bodies and the Crusader on the back wall in a coffin.

The Hamilton family vault is the final resting place of the great mathematician, William Rowan Hamilton.

“Desecration, vandalism, sacrilege – whatever you want to call it – it is pretty horrific down there,” an exasperated Archdeacon Pierpoint said.

He explained that the vandals had broken open the vault’s two gates, one of which is very heavy. It was completely taken off its hinges and the inside gate, which has a bar across and a lock, had been removed from the wall.

“So they weren’t youngsters; it has to be somebody with a bit of strength.”

St Michan’s is well known as a historical building and site. The church has been there for nearly 1,000 years.

Archdeacon Pierpoint warned that the severed head would not last long outside the special mummifying conditions of the vault.

“The crypts have this preserving quality within them and everything stays mummified once they are buried in the crypt. But once they are outside and the air and moisture gets at it, that is when the damage is done. It’ll basically disintegrate.”

He warned that the vaults at St Michan’s may have to be closed to tourists completely, despite their popularity.

He recalled how in 1996, his first year in the parish, another crypt had also been vandalised and they were forced to close the vault completely after re-consecration and seal it up.