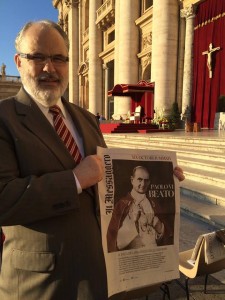 “We should be shouting out from the mountain tops as a Church, we shouldn’t be crawling under like it’s something we have to be embarrassed by,” Dr Thomas Hilgers said.

He was speaking on a recent visit to Rome, which took in the beatification Mass of Pope Paul VI where he read one the prayers.

“It was truly an emotionally, spiritually and uplifting experience to be present at the beatification of Pope Paul VI. It was a special honour for me to read the English petition at the Prayers of the Faithful and to represent the worldwide FertilityCare and NaProTechnology providers and all those who live and love Humanae Vitae,” Dr Hilgers said.

Since then he has been interviewed by Catholic News Agency (CNA) and several other news outlets and TV stations.

Speaking to CNA about his recently published book entitled War on Women, Dr Hilgers said that from the cases he has seen at his clinic many women have experienced great damage and trauma due to the use of contraception, abortion and in vitro fertilisation.

He added the real war on women does not come from a lack of these very accessible products and procedures, but rather from the result of abortion, contraception and in vitro fertilisation, which can often be physically damaging and emotionally scarring to women.

He explained that his institute and associated services (available throughout the world including Ireland) provide “a real alternative to them, we look for the causes, we treat the diseases.” 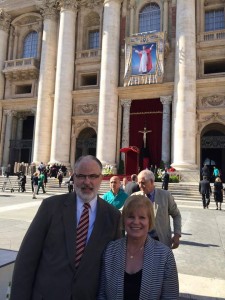 Dr Hilgers and his wife Susan founded the Pope Paul VI Institute for the Study of Human Reproduction and the National Center for Women’s Health in Omaha, Nebraska, in 1985 after reading Paul VI’s encyclical letter Humanae Vitae on the regulation of birth.

The system they, along with other colleagues, developed takes an holistic approach starting with the couple and not just the wife.

This system has successfully been used to help women better understand their bodies’ natural fertility, achieve or avoid pregnancy, and find solutions to a variety of health problems.

Of his more than 35 years of experience in the reproductive medical field, Dr Hilgers commented, “What we see is the potential that these approaches bring: balance in your sexual life, harmony into your physical life with regard to your illnesses, diseases or whatever you might have, and it builds relationship in marriage.”

The monitoring can point to underlying health issues and modern medical tests such as blood tests and scans can confirm such issues. Then medication and surgical and dietary treatments are undertaken.

At the same time, Dr Hilgers and colleagues stay faithful to the precepts laid out in Humanae Vitae in our modern secularised culture, something Dr Hilgers said is not difficult. 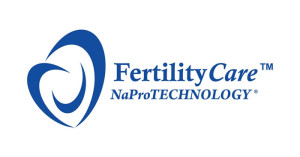 When Humanae Vitae first came out and once he had read it, he said he was “an instant convert”.

He said it predicted a lot of our modern woes such as the way women are treated with divorce and abortion and so on, but it was not portrayed adequately in the media.

“It was much more, (it was) a rich document spiritually, rich sociologically and rich in a lot of other ways,” he said.

He was very taken with the end of the encyclical where Pope Paul VI wrote a series of pastoral directives to physicians and those working in the fields of science and healthcare.

His treatments are now available in many parts of the world including in Ireland at the Galway Clinic, and the Beacon Mall, Dublin.

The doctors involved have full registration under the General Register of Medical Practitioners with the Medical Council in Ireland, and have undergone further training to provide FertilityCare and NaProTechnology techniques.