Home > News > Alpha has its gaze fixed on the young

Alpha has its gaze fixed on the young 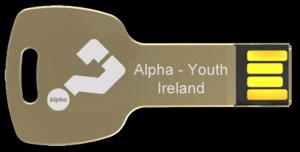 Two years ago the average age of people in Ireland doing Alpha courses was 56. Today that average is 40.

“We are trying to get it down and get people back into Church,” says Peter Rigney (31) who took over as National Coordinator of Alpha Ireland two years ago.

Alpha is a Gospel-based course which seeks to introduce the basics of the Christian faith through a series of talks and discussions.

Described  by its organisers as “an opportunity to explore the meaning of life” the ten week courses are run in churches, homes, workplaces, prisons, universities and other locations.

The course is being run around the world by all major Christian denominations. It was started in 1977 by an Anglican curate, Rev Charles Marnham in Brompton, London and spread rapidly in the UK and then worldwide.

With the new emphasis on reaching out to young people, Alpha is adapting its course material.

“We are redoing the talks, making them shorter, aiming them at 24-year-olds” says Rigney. “We hope to have a new film series ready by early 2016.”

According to Rigney, there is a huge demand for Alpha, particularly in schools.

Currently Alpha Ireland is looking for a third youth coordinator (to cover the Cork region). “We can’t meet the demand  in schools at present,” he told CatholicIreland.net.

Almost 1,200 young people took part in Youth Alpha courses in 28 secondary schools in 2014. About 75% of the schools were Catholic.

“The average age is sixteen and we run the courses in TY years,” former Alpha Coordinator Paddy Monaghan told CatholicIreland.net.

Around 150 Alpha volunteers are involved in giving the school courses. The schools are spread right across Ireland – from Wexford to Sligo. Eight schools in Dublin run Alpha courses. 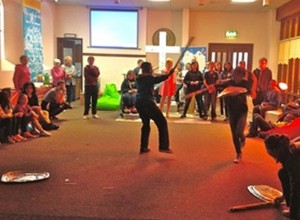 “A lot of the young people have left the Church but they are not hardened in their attitude. 95% of them want a follow on.”

The idea of Youth Alpha is to link young people in to their parish.

The Alpha group in Tullamore (Catholic) parish for example, has a ‘J- Unit’ (short for Jesus Unit) for young people from 6th class to Leaving Cert age which meets every Sunday evening from 7 – 8 pm during school term time.

According to the parish website, the unit is a “safe and welcoming environment for young people to make friends, have fun and explore their faith”.

“We have young people from the age of 12 to 18 attend every week. On average we would have about 25 attend weekly. In the last year we have formed a Youth Worship Band called Reflection Youth Ministries,” says Annette Evans.

Schools interested in running a Youth Alpha course in the coming academic year can contact Jonny Somerville, the Alpha Youth Coordinator, at [email protected] or visit their website www.alphayouth.ie