Was Alive-O was a dead duck? Catechetical crisis revealed. 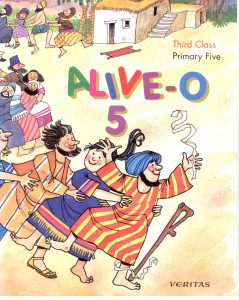 Did Alive-O help children to love their faith or did it help them leave it?

Dr Éanna Johnson, who received a PhD in Theology from the Pontifical University in Maynooth for his analysis of the Alive-O programme, said serious gaps in children’s faith formation had been identified. Dr Johnson rated the programme as “extremely poor, both theologically and pedagogically, ie, lacking in authentic Catholic faith and best educational practice”.

In a survey of 436 first-year pupils at nine secondary schools, all of whom would have completed eight years of the Alive-O programme at about 40 different primary schools, Dr Johnson found a widespread lack of knowledge about the Catholic faith.

Less than a quarter were able to correctly name the Trinity as “Father, Son and Holy Spirit”. “Many young Catholics do not realise that Jesus is God the Son,” said Dr Johnson.

When asked to choose the best of three descriptions of the Holy Spirit, only 15 per cent of those surveyed correctly chose “a divine person of the Blessed Trinity”, twice as many wrongly chose “a spirit of love and peace” and three times as many chose “a sense that God is with us”.

Only a quarter correctly identified angels as “intelligent spiritual creatures without bodies”, with 65 per cent of children surveyed wrongly opting for “people who have died that God sends back to earth to help us”. More than half, 56 per cent, saw the Devil (Satan) as “a symbol for evil” and only about a third, 35 per cent, correctly identified him as “a fallen angel”.

First introduced in Irish primary schools in 1996, Alive-O was fully phased out this year and was replaced with a new catechetical programme, Grow in Love, which is also produced by Veritas. Dr Johnson said Grow in Love is an improvement on Alive-O, but it too is flawed, mainly because there is little pupil assessment in the programme.

The 80-year-old academic, who is on the board of the Iona Institute, says that the Irish bishops never subjected Alive-O to a learning outcomes study to gauge how effective it was. Concerned about what was being taught in Irish Catholic primary schools he carried out his own survey in 2007. He used that survey as part of his application to obtain his doctorate from St Patrick’s College, Maynooth. However, Dr Johnson said he was later advised not to publish the 2007 survey results with his PhD and alleged that this is because the results were too controversial.

“With Alive-O coming to an end, I decided to carry out another survey last year and my conclusion is that the situation is even worse than it was eleven years ago,” he told CatholicIreland.Net. “Overall knowledge of the faith among secondary school students surveyed has declined by 15 per cent. Additionally, those surveyed were more likely to respond with comments such as ‘this is all rubbish’ or ‘my parents don’t believe in this and neither do I’. That antipathy to the Church wasn’t really expressed eleven years ago.

“Most parents of today’s pupils did not have good Catholic catechetical programmes in primary and secondary school and so will probably be lacking in knowledge of the faith. Indeed, Irish parents have traditionally relied heavily on the Catholic schools to teach the Catholic faith to their children – but it’s clear that this isn’t happening.

“One of the problems is that there is no assessment of what children have learned. Assessment is a key part of every other primary school curriculum subject, but not faith formation.

“It also has to be said that, for teachers, Alive-O was a very complex programme. Most priests and parents would have only seen the Alive-O children’s workbooks, but there were eight Alive-O Teachers’ Books containing a total of more than 3,000 pages and well in excess of a million words – about five times more text than the Catechism of the Catholic Church.”

This is more than a mere quibble about schoolbooks, says Dr Johnson. “Evidence of the poor state of faith of Ireland’s young Catholics was provided in the recent referendum on abortion. The younger the age cohort, ie, the more recent the experience of 14 years of Catholic schooling, the higher was the ‘Yes’ vote for abortion. The 18–24 cohort, who would all have experienced the full Alive-O programme in primary and Religious Education as a public exam subject in secondary, voted 88 per cent ‘Yes’ to abortion.”

A week ago, CatholicIreland.Net approached Veritas to respond to Dr Johnson’s findings, but the Irish bishops’ publishing house was unable to provide a comment.

The full survey results can be downloaded here: http://eannajohnson.org/wp/primary-school-catechesis/alive-o-programme-review/