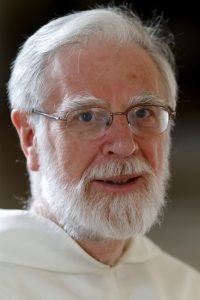 The editor of Alive newspaper has warned that the Catholic Church is suffering from an “inferiority complex” and a “huge neglect” and “perversion” of its core teachings.

Dominican Fr Brian McKevitt told Mass-goers in Medjugorje earlier this month that the Church has been suffering from a massive inferiority complex for the past 60 years.

To many, the modern, secular, liberal world looked bright, shiny, in touch and cool, while the Church in contrast looked old, a bit shabby and often out of touch. As a result, there was a loss of confidence within the Church.

Fr McKevitt hit out at bishops and priests who do that, describing them as “wolves in sheep’s clothing”.

He said that the Church’s response to the “massive loss of faith” was a shrug. “This is the age of the shrug – ‘what can we do about it?’” He questioned where the Church’s strategy was for going after the lost sheep.

The Dominican friar said another symptom of the Church’s loss of confidence was the neglect of the mission of the Church.

“There are millions of people in this world who have never even heard of Christ; so why isn’t the Church on fire about bringing the Gospel to them? Why are we just saying it doesn’t matter – it does matter. Salvation matters. We have to become a missionary church once again.

In relation to the shortage of priests in the Church, Fr McKevitt said it was no wonder there was a shortage, as no young man would want to join “an outfit that doesn’t even believe in itself or doesn’t believe in its own mission”.

He also lamented that so many Catholic institutions are no longer Catholic but Catholic in name only.

“So many of our Catholic schools are not handing on the faith to children, they are betraying the parents who send their children for a catholic education.

“So many of our Catholic voluntary organisations have simply become ‘do good’ organisations, they have lost the sense of their mission.

He stressed, “We are either orthodox traditional Catholics or we are not Catholics – whatever else we may be.”