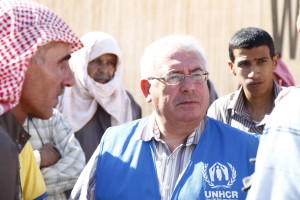 Ireland is to donate an additional €3m in humanitarian funding to Syria.

The announcement was made by Minister for Trade and Development, Joe Costello TD, on a visit to Lebanon where he saw existing relief efforts for some of the 780,000 refugees that have arrived there since the conflict in Syria began.

“While efforts to find a peaceful resolution to the conflict in Syria continue, it is essential that the overwhelming humanitarian needs both in Syria and across the region are met,” the Minister said to reporters.

“Our contribution today recognises the unprecedented scale of the crisis and the enormous demands on humanitarian agencies and neighbouring states,” Minister Costello added.

In Lebanon, the Minister visited a refugee camp to observe relief efforts and assess humanitarian needs on the ground.

One million of the €3m funding announced will be directed to UN agencies in Lebanon.

“The UN High Commissioner for Refugees has described the conflict in Syria as the worst humanitarian disaster since the end of the Cold War. Almost 7 million people require urgent assistance to meet their basic needs. More than 2 million people have fled to neighbouring countries,” the Minister explained.

Lebanon is now host to more than three-quarters of a million refugees from Syria in addition to over a quarter of a million Palestinian refugees.

Access to adequate shelter and basic services is limited and there is violence and sexual exploitation.

Lebanon has a similar population to Ireland, and so is under severe pressure to cater for the refugees and yet has kept its border open to Syrian refugees. The Irish funding will help the country with that burden of such large refugee numbers.

Concern Worldwide CEO, Dominic MacSorley, was in Lebanon recently and said of the crisis that with “international funding stuck at around 37% of the estimated $5billion needed to assist them (refugees) this is an unfolding and deepening catastrophe.”

One of the areas that Concern Worldwide is working in is Akkar in North Lebanon, where it is providing clean water and proper sanitation to 60,000 refugees.

The charity wants to deliver on humanitarian promise that everyone should get the basics – food, water, shelter, basic healthcare and protection, however says that funding is scarce.