More action needed to protect victims of prostitution and trafficking 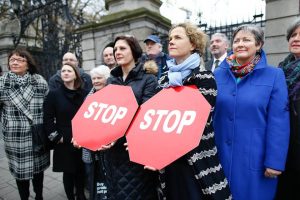 Swifter implementation of the law is needed to protect the victims of prostitution and trafficking, according to ten organisations. On the first anniversary of the commencement of the Criminal Law (Sexual Offences) Act 2017, the organisations’ representatives gathered outside the Dáil to call for a co-ordination between State and An Garda Síochána.

“We would urge the Government and the relevant agencies to support the spirit of this law, and translate it into action,” said Denise Charlton,  from the Sexual Exploitation Research Project (SERP) UCD.

“The new legislation is reliant on its application and enforcement, public awareness and a strong, coordinated effort between the State and An Garda Síochána to target sex buyers, pimps and traffickers and provide improved protection for victims of trafficking.”

Rachel Moran, Founder, Space International, said that while implementing the law is a good first step, the wider Irish society needs to know that it is now illegal to buy sexual access to another person. 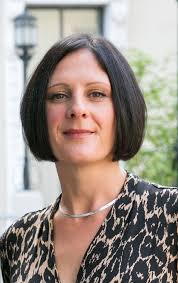 Ruhama has seen “some relief” among women in street prostitution, because they are reassured that they are no longer criminalised under the new law. “While still very early days since the passage of the law, there is also some emerging evidence that women in prostitution seem more willing to report violent crimes committed against them,” said Sarah Benson, CEO, Ruhama. She explained that there has been no official figures from the State on how the law is working. “We are very concerned that through inaction we are missing a golden opportunity to tackle the demand from sex buyers that fuels Ireland’s inherently exploitative sex trade,” she said.

She cited the example of France where police are proactively implementing sanctions against sex buyers including on the spot fines, and targeting key locations such as Paris.

The Immigrant Council of Ireland (ICI)stated that since criminalising the purchase of sex in Sweden in 1999, it has taken all that time so see a reduction in demand and a shift in societal attitudes.

Speaking of Ireland, Brian Killoran, CEO, ICI, said, “The legislation cannot be fully effective without improved resourcing for supported, save exit pathways and opportunities to reintegrate into society. We would urge for this process to be prioritised.”

Alan O’Neill, CEO, Men’s Development Network, said that prostitution and trafficking exist in Ireland because there is demand from some men, even though sexual exploitation is violence against women. He said that all men in Ireland need to be aware that this is now illegal as per the Sexual Offences Act 2017.

Individuals and representatives of organisations met outside the Dail on 27th March, to show solidarity with victims of sexual exploitation and to call for swifter implementation of the law which was enacted exactly one year earlier.