Action must follow plans of first 100 days of Government – Barnardos

The children’s charity Barnardos has described the Government’s first 100 days in office as a promising start.

It cited the publication of an action-oriented housing and homelessness plan, and the preparations for a Prevention and Early Intervention Unit for children.

However, the charity warned this must now be followed with concrete action.

“While paperwork is the first step, over the next 100 days we must see real activity and impact. Budget 2017 will be the first big test and we look forward to seeing the government backing up these 100 day pledges with clear prioritisation of children and investment in services instead of tax cuts,” said June Tinsley, Head of Advocacy, Barnardos.

“At this stage, a baby born on the day the Government was formed would be alert, recognise faces and would be beginning to smile. The action of this Government certainly gives cause for a tentative, if as yet toothless, smile.”

She pointed out that the Programme for Government, had as a “central pillar” of the plan a Prevention and Early Intervention Unit, spearheaded by the Department of Public Expenditure and Reform.

Barnardos has been involved in early consultations and stated that there will not only be a beneficial outcome for each child, but prevention and early intervention can result in anywhere from a 75% to a 1,000% return on investment for the exchequer.

“It is truly a win-win approach and we keenly await its full establishment and implementation,” the child charity stated. The Department of Public Expenditure is still forming the unit. 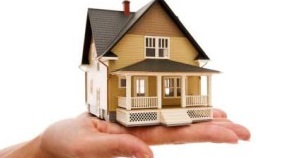 A number of the points of in the Programme for Government flagged up for action within the first 100 days were to do with providing housing and preventing homelessness and helping those who find themselves in that position.

“We were also pleased to see action on housing and homelessness which is at crisis point and has to be prioritised,” said June Tinsley.

The children’s charity called for implementation, in the next academic year (from September 2016) of the promised prioritisation of children in homeless accommodation within the School Completion Programme for services such as breakfast and homework clubs.

Barnardos would also like the Government to extend this to children living in overcrowded and substandard accommodation and who are at risk of homelessness too.

The Programme for Partnership Government, published in May 2016, promised to deliver 10 out of 89 actions  during the first 100 days of government.

The Government has appointed a Cabinet Minister for housing – Simon Coveney. It also set up an Oireachtas Committee on Housing and its report was presented to the Dáil during July.

Another plan was to review the Housing Agency which was not done.

Yesterday (15 August) the Housing Agency announced plans to buy vacant houses from among larger groups of property from banks and investment companies and sell them to local authorities for social housing.

These will be sold to local authorities at cost and then the agency will use the money to continue buying more properties.

This state agency has €70m to do this, and will only buy empty properties that had formerly been used as rentals.

The agency expects that the first homes to will be occupied by next month and a total of 200 to be acquired by the end of this year.

However, auctioneers state it can take up to five months to sell a house and the Agency will have to both buy the house and sell it to a local authority and get all the relevant paperwork done.