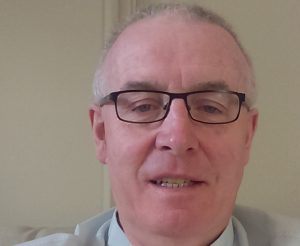 The Association of Catholic Priests (ACP) has issued an information card to help priests when allegations of abuse are made against them.

The “Know your rights and obligations” card has been made available following a talk at the ACP’s Annual General Meeting by Fr Tim Hazelwood, which highlighted concerns about how priests are treated while abuse allegations against them are being investigated.

Fr Tim Hazelwood said,“The ACP acknowledges the great strides made over the past number of years in safeguarding children in the care of the Catholic Church. Clear and direct policies plus a robust evaluation has meant that the Catholic Church is now a much safer place for children and vulnerable adults. We commend the role played by the National Board for Safeguarding Children in the creation and auditing of these policies.” However he added that the one remaining area of concern is the treatment of accused priests.

“All we ask is that they be afforded the same due process that is the right of every citizen,” he said. He had a false allegation made against him some years ago (see Catholicireland.net article 7 June 2016). He is still having meetings with his diocese in relation to the care of priests while allegations are being investigated, as he felt bullied and unsupported during that period.

He stated that there is a guidance on how clerics and religious should be cared for during the period when the allegations are being investigated and this is the *Standard 4, in the Safeguarding Children: Policy and Standards for The Catholic Church in Ireland 2016. He called for it to “be ratified as policy for all dioceses and religious orders.”

He also called for the National Board for Safeguarding Children in the Catholic Church in Ireland to audit Standard 4, and to oversee the implementation of this particular standard as it does all the other standards.

The ACP’s card for priests and religious includes basic advice such as bring a friend and/or civil or canon lawyer to the meeting, and sign nothing. According to Fr Tim Hazelwood it is in keeping with recommendations made by The National Board for Safeguarding Children.

1.When contacted by your Bishop/Superior always insist on knowing what it relates to.
2.Bring someone with you who is of strong character and aware of the process. (ACP can provide someone.)
3.We advise you to say nothing at the meeting.
4.Request the diocese to resource a canon lawyer and civil lawyer of your choosing.
5.Sign nothing and give no verbal undertaking at the meeting.
6.Do not be persuaded to ignore or bypass these guidelines no matter how often they say it is in your own best interest.
7.Ask the person who accompanies you to take notes of the proceedings and to sign them.
*Standard 4 – CARE & MANAGEMENT OF THE RESPONDENT, Guidance On Informing The Respondent (Cleric and Religious) (Indicator 4.2 ) is in the Safeguarding Children: Policy and Standards for The Catholic Church in Ireland 2016.