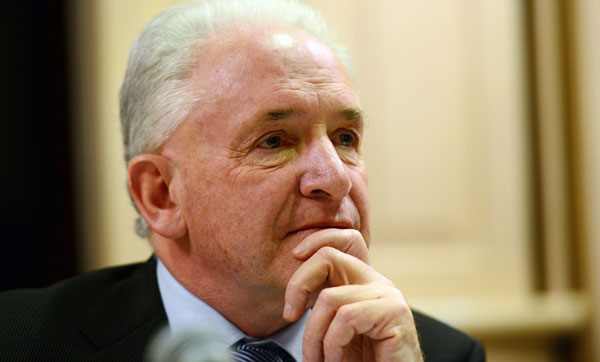 The Association of Catholic Priests has said it regrets the Irish Bishops’ decision not to make public the results of the consultation they conducted with Irish catholics for the Vatican questionnaire on the family.

In a statement, the ACP leadership referred to a report in this week’s Irish Catholic newspaper in which a spokesperson for the Bishops said the results of the survey were “a matter for the Synod of Bishops and not for the local Church”.

The spokesperson said commenting on the findings would “undermine the integrity of the information collection process if there was to be a comment made from an Irish Church representative at this time.”

He added, “It is the Synod of Bishops which will comment when it has processed all responses.”

The ACP expressed its criticism of the statement that the results of the survey are ‘a matter for the Synod of Bishops and not for the local Church’ as “contrary to the openness that Pope Francis is encouraging at all levels in the Church.”

“We fear that, at a time when the Church in Ireland is regarded with suspicion, this decision of the bishops will only serve to make many people question if they have really reported the views of the people,” the ACP, which represents over 1,000 Irish priests, said.

The group said not releasing the findings would “create the suspicion that the results of the survey may be adapted to make them more palatable to traditional views in the Vatican. And it will arouse needless speculation about their content.”

“This secretive approach confirms once again the need for the Irish Catholic Church – at all levels – to learn the value of transparency.”

The ACP concluded their statement by saying they hoped that this approach of the Irish bishops does not indicate a lack of enthusiasm for the message Pope Francis is offering our Church.