Home > Featured > Care and consistency needed around the retirement of priests

Care and consistency needed around the retirement of priests 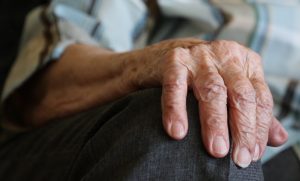 Ireland needs more consistency in how its priests are treated during retirement, according to the parish priest of Louisburg and Killeen.

Fr Mattie Long said that when he was ordained and learned that priests normally retired at 75, life expectancy for an Irish man was 72, so the expectation was that most priests would never reach retirement age and draw a pension.

Today, the life expectancy of an Irish man is 79.7 years of age, so if priests are to retire at 75, provision needs to be made for their security and welfare in retirement for at least 4.7 years each.

Fr Long was speaking at the AGM of the Association of Catholic Priests last week.

He noted that Church of Ireland ministers belong to approved pension schemes and have a fixed retirement income they can rely on, but Catholic priests do not.

Indeed, Catholic priests don’t usually retire until they are 75 years of age and their pension entitlements are then potentially subject to the whim of their local bishop.

According to a decree of the Irish Bishops’ Conference, every diocese is to have “a specific and funded scheme, adequately designed to provide worthy maintenance and accommodation for all the infirm, ill, old and retired priests of his diocese”.

However, Fr Long said that the arrangements made were “a very mixed bag”, claiming some elderly priests are being pressured into continuing work beyond 75 years of age. Diocesan retirement schemes are supposed to have a number of priest-representatives actively involved in their management, but Fr Long said he believes in many cases the priests administering diocesan pension schemes are bishops’ appointees rather than true representatives of scheme beneficiaries.

After giving details to the AGM of cases where bishops opposed or refused applications for retirement by elderly priests, Fr Long said: “There is no consistency. Each bishop can act as he sees fit, with the result that priests have no certainty about their retirement. Priests have no rights in this matter and depend on the goodwill, or even the whims, of individual bishops.”

One reason why Catholic priests do not belong to approved employee pension schemes is that for tax and social welfare purposes, they have been treated as self-employed individuals.  Because dioceses do not pay employer PRSI contributions for their clergy, Irish priests are not entitled to the contributory pension when they reach the state retirement age of 68.

This is an international issue, says Fr Long, pointing to an article by an American professor, Michael Kane, on “the taboo of retirement for diocesan Catholic priests”, which found that because the overall number of clergy is declining, priests are being asked to stay in ministry longer than before. This is despite the fact that Pope Emeritus Benedict XVI has set a precedent by becoming the Church’s first retired pope.

“We need to start a debate about this issue and bring forward definite recommendations. Hopefully, we all get to grow old, but with that comes increasing frailty, but there is a danger that priests might be treated differently,” Fr Long said.

“We need to be careful that we are not falling into the old clerical fault of presuming we are different from the rest of humanity. Ordination does not remove the frailties we share with all of humanity. Planning for retirement, knowing the resources that will be available to us, helps to ease the move from one life stage to the next.”