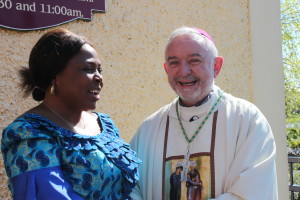 The leadership of the Association of Catholic Priests has expressed support for a priest in the archdiocese of Cashel and Emly who has criticised Archbishop Kieran O’Reilly’s efforts to introduce the permanent diaconate, which is currently restricted to men only.

In a statement, Fr Roy Donovan warned that introducing permanent deacons, without women, is “extending patriarchy” in the diocese.

The ACP has said it agrees with Fr Donovan’s stance and has called on every diocese in the country to hold off on the introduction of the permanent diaconate until such time as the Vatican’s commission on women deacons has made its report, and Pope Francis has made a decision based on that report.

In their statement, the ACP leaders said they believed that proceeding with the introduction of male deacons at this time would add “another male clerical layer to ministry” which was “insensitive, disrespectful of women and counter-productive at this present critical time”.

Fr Donovan’s objection is based on the fact that currently the Church confines the diaconate to men, even though Pope Francis has a commission working on the history of women deacons in the early church, with a view to possibly opening the diaconate to women also.

In his statement, Fr Donovan asks, “What are the implications of this when already there are so many women involved on the ground, in all kinds of ministries, without been given much status and power? Have they not also earned their place at the top table? It has been suggested by some that one of the reasons why men get involved in the diaconate is that it gives a certain amount of power and status.”

He concludes, “We have a long way to go to implement the originality of the Gospel of Jesus – a ministry of equals among equals. After all, Mary Magdalene, known as the Apostle to the Apostles, was the first minister of the good news – proclaiming that Jesus is alive!”