ACP appeals to bishops to dialogue over crisis in Irish Church 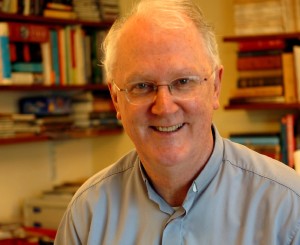 The Association of Catholic Priests has urged the bishops to call a National Assembly to discuss reform and renewal at what the association considers is a critical juncture for the Irish Church.

In an open letter, written by Co. Mayo-based parish priest Fr Brendan Hoban on behalf of the ACP leadership, the priests’ group also calls for constructive engagement with the bishops.

This dialogue needs to be realistic, ongoing, coherent in terms of time-scale and commitment, and must engage with key issues, they stress.

The ACP leadership says it is writing in the aftermath of the visit of Pope Francis to Ireland.

“It was a strange few days. On the one hand, the palpable delight of so many in the visit of Pope Francis and the lift it has given to the Irish Church. On the other, a sinking feeling that the visit and the expectations it generated were dominated by an unexpected, though not unpredicted, focus on the sexual abuse issue.”

The association believes that what surprised and upset so many was the “virulence of the negative commentary and the lack of engagement of so many Catholics with the visit”.

The ACP leadership believes that the papal visit was “a stunning reminder that the Catholic Church in Ireland is now in a different place and the challenges deserve and demand our unremitting focus on the reforms proposed by Pope Francis”.

Elsewhere in the letter, Fr Hoban, on behalf of the ACP leadership, writes that his association believes that “unless we are prepared as a Church to face up to the compelling need to make difficult decisions, using the ‘synodal’ approach that Pope Francis employs and recommends, then we will have missed the tide of the present moment and our Church will become more and more peripheral in the lives of more and more Catholics and less and less credible in our society”.

The letter warns that the “present downward momentum is obvious and requires an immediate focus of resources and personnel on fundamental issues as well as a level of seriousness that demands more than a formal ‘ticking of a box’”.

The ACP leadership, which represents over 1000 Irish priests, stresses that what is needed now is a committed and realistic engagement with the Irish bishops.

“It’s clear to everyone now that we are at crisis point, entering a post-Catholic Ireland,” the letter states.

The ACP believes the key question is: Will the Catholic Church become a “culturally irrelevant minority”, or “can it take the road of renewal and reform that Pope Francis is pointing out, with space for open debate and consultation? Will we take ‘this path of synodality’ which [Pope Francis] writes, ‘God expects of the Church in the third millennium?’ In these critical times we cannot afford to turn a deaf ear to the plea of Pope Francis.”

Recalling the bishops’ statement following their March 2018 plenary meeting, when they stated: “the Episcopal Conference is open to continued constructive engagement with the ACP”, the ACP responds in this open letter by stating that they are “very happy to co-operate with that engagement, though we are anxious that as well as being ‘constructive’ any engagement would also be realistic, ongoing, coherent in terms of time-scale and commitment and, above all, that it would engage with key critical issues”.

The group warns that what the Irish Church can’t afford to do is to do nothing.

The letter urges the bishops to convene a National Assembly to discuss ‘The reform and renewal of the Catholic Church in Ireland’, at which all groups could be represented, including the disaffected and the young.

In preparation for such a national event, individual dioceses could convene diocesan and parish assemblies.

Other options that could be explored include the listening processes that have taken place in individual dioceses recently.

“This is not a time for wringing our hands in frustration or for sitting on our hands in despair. We need to talk. We need to work together. We need to stop deferring decisions that need to be made now. We need to focus our resources and personnel on dealing with the reality of unease, discouragement and disenchantment on the ground in parishes and dioceses. In short, we need to set in train a process of discussion and debate that is open, credible, respectful of all views, confident in its endeavour, bold in its range, serious in its intent, at once prophetic and pragmatic, taking advantage of the deep faith, the good-will and the individual and communal resources we can still draw on as a Church.”

The ACP urgently appeals to the bishops to engage with both the crisis in the Irish Church and the promise offered by the reforms of Pope Francis by leading the renewal of Catholic life in parish, diocese and country.