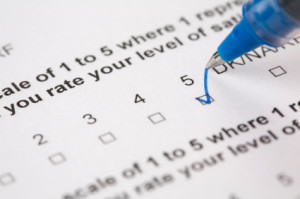 The Association of Catholic Priests has urged the faithful to take the time to complete the Vatican’s survey on the family.

In a bid to boost interest and levels of participation, the Association has produced a special user-friendly version for those who find the Vatican document difficult to understand and complete.

Explaining their reasons for launching this adaptation of the survey, the ACP said in a statement that they regard the questionnaire as “a very important opportunity for all Catholics to make their views known at the highest level in the Church.”

The Association have also criticised the Irish Bishops for not being more active in promoting the survey.

“While a small number of individual bishops have made the survey available, the Irish Bishops Conference has not yet taken any action on this matter,” the ACP said in a statement.

That view was echoed on Tuesday by a spokesman for the lay reform group, We Are Church Ireland (WACI), who criticised the Bishops’ “seeming indifference.”

Writing in the Irish Times, Brendan Butler warned that what should be a nationwide consultation of the faithful is likely to become a survey with a very limited reach due to the Bishops’ lack of promotion.

According to Brendan Butler, “a broad representation of lay opinion must be represented [in the responses] to make it credible.”

Furthermore, he described the survey as “a golden opportunity to have renewal in the Irish Catholic Church by conducting a nationwide consultation with the faithful and getting them involved in decision-making, having open days with lively discussion on these very important family issues.”

But he said there had not “even been a Sunday Mass announcement about it.”

In his article, he asked, “Why are the Irish Bishops ignoring the wishes of the Pope by not actively involving the faithful in this significant development in the church?”

He said that We Are Church Ireland had written to the Bishops’ conference requesting it act immediately to promote this consultation process.

However, a spokesman for the Bishops rejected this. He said that the Irish Bishops’ Conference “helped raise awareness about the survey in the media after it was announced” and had circulated it to each diocese.

“Local bishops are promoting the survey in their parishes with the support of priests as per the instruction from the synod secretariat,” he said.

He said the Bishops would return a synthesis of the replies they receive, which are due by mid December, to the Vatican.

According to Fr Tony Flannery, the ACP intends to send the synthesis of the responses it receives directly to the secretary of the synod in the Vatican and not to the Irish bishops.

He said the ACP’s simplified and more user-friendly version of the Vatican survey was based on one produced by the American reform movement.

“There was absolutely no intention to either omit or add in anything to the survey,” the Redemptorist said. “We had no agenda of any nature except to try and present a form of the survey that would be user friendly so that people could actually make their voices heard,” Fr Flannery stated.

A ‘Preparatory Document’ to contextualise this initiative is available on the Vatican website: http://www.vatican.va/roman_curia/synod/documents/rc_synod_doc_20131105_iii-assemblea-sinodo-vescovi_en.html

This ‘Preparatory Document’ also includes the consultation questions which are grouped under the following ten sections:

1. The Diffusion of the Teachings on the Family in Sacred Scripture and the Church’s Magisterium

2. Marriage according to the Natural Law

3. The Pastoral Care of the Family in Evangelization

5. On Unions of Persons of the Same Sex

6. The Education of Children in Irregular Marriages

7. The Openness of the Married Couple to Life

8. The Relationship Between the Family and the Person

9. Other Challenges and Proposals

For those interested in completing the survey, please return your response to your local diocesan office.

Complete the ACP simplified and user-friendly version which is available on their website: www.associationofcatholicpriests.ie