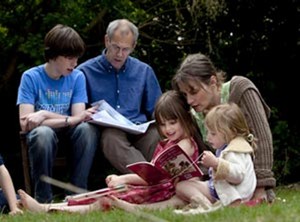 Members of the Association of Catholics in Ireland recently met Archbishop Diarmuid Martin of Dublin to discuss the changing reality for marriage and the family in Ireland.

The meeting followed the ACI’s submission for the second Synod on the Family which will take place in Rome next October.

According to a statement issued by the ACI this weekend, there was a shared acknowledgement of the changing circumstances of family life, to which the result of the marriage referendum adds a further dimension.

The meeting followed an earlier one last October, prior to the first Synod.

Archbishop Martin acknowledged the ACI’s recent submission to the synod and said it had been forwarded to Rome.

According to Noel McCann and Anthony Neville the points from their submission which were highlighted during the discussion with the Archbishop were:

– The need for a review of the marriage annulment procedure.

– The question of marriage breakdown and second relationships.

Archbishop Martin noted that there are many grey areas, as not all breakdowns are black and white.

The ACI also raised the issues of access to the sacraments for those in second relationships as well as pastoral care for LGBT people, their parents and families and their call for the teaching on birth control in Humanae Vitae to be revised.

The ACI representatives also stressed that a synod without the significant involvement of the married laity will lack authority. According to the ACI statement, Archbishop Martin said he also hoped for greater representation by the laity.

Both parties discussed the pressing need to engage in a concrete and practical dialogue with those disenfranchised from the institutional church, in particular those young people raised in the church but who are no longer active in it.

The ACI representatives suggested the Irish Church needed to consider an all-Ireland assembly to address these concerns and they said Archbishop Martin offered his encouragement to those involved in finding remedies at grassroots level.

According to Noel McCann and Anthony Neville he said we needed to find different ways of being Church today.

The ACI said in its statement on Saturday that it looked forward to further dialogue with Archbishop Diarmuid Martin and to working with him to promote and encourage robust discussion on the future shape of the Church in Ireland.

Archbishop Eamon Martin and Archbishop Diarmuid Martin, President and Vice President respectively of the Irish Catholic Bishops’ Conference, will represent the Irish bishops at the XIV Ordinary General Assembly of the Synod of Bishops on the theme, ‘The Vocation and Mission of the Family in the Church and Contemporary World’.

The synod will take place in Rome from 4 to 25 October, and it has been informed by feedback from parishes on family life in Ireland, and from around the world.

At their Summer meeting in Maynooth last week, the bishops expressed concern regarding the impact of the recent decision by the Board of Tusla, the Child and Family Agency, to withdraw funding to Accord, retrospectively, for its marriage preparation work with effect from 1 January 2015.

In their statement last Wednesday, the bishops’ conference said that in a time of difficult economic decisions, there is an urgent need for Government to prioritise the protection of the community and voluntary sector, which contributes so much to the support of the most vulnerable and the promotion of active citizenship.

“Marriage breakdown is not only devastating for the well-being of those directly affected, but has significant social costs as a factor in poverty and homelessness,” they stated.

Accord, with its 936 dedicated and highly trained members, working throughout the country, provides its services on the basis of need, not ability to pay, ensuring the most vulnerable are not excluded.

The bishops have decided to set up a special review group to examine how best the Church can continue to support marriage and family life in Ireland.