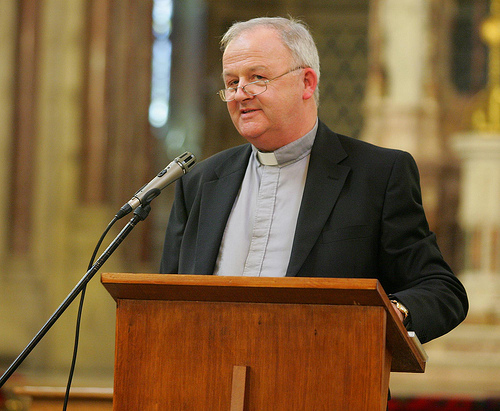 An international bestselling writer is to open Achonry’s diocesan conference in Co Mayo later this month.

Sherry Weddell is the author of ‘Forming Intentional Disciples’ which was a Catholic best seller in 2013.

She is also co-founder and director of the Catherine of Siena Institute in the USA, which has worked with over 100 dioceses on five continents.

The Bishop explained that the conference is part of the Achonry diocesan year of prayer and discernment.

“We would like to listen to the people, and to share what people have to say about the situation in the Church in the present time. That is what we are hoping to develop in the course of this year, he said.

“But all our efforts come to nothing if they are not based on prayer and conversation with the Lord,” he told CatholicIreland.net

The people of his diocese have been praying for a different parish every week since the start of January 2014.

It all came about when some lay people, priests and Bishop Kelly got together during the Year of Faith. They wanted to respond to what Pope Benedict had called “a profound crisis of faith, a loss of the religious sense which represents one of the greatest challenges for the Church today.”

This rural diocese is challenged by a decline in the numbers practising their faith.

“Where should we start if we want to bring about a renewal of faith in the diocese in the context of the Church’s call and the pope’s call for a new evangelisation?” Bishop Kelly asked.

A diocesan prayer was composed and a write up about each of the 23 parishes appears on the diocesan website and in parish newsletters each week as people keep that parish in their prayers.

Bishop Kelly explained that people can often find the diocese as an entity hard to identify with, especially a rural diocese like Achonry, which has parishes on the outskirts of Ballina on one side and Sligo on the other. So this was a way to get to know each parish and pray for it.

There was also a sense that the diocese should not succumb to activism, as life can be very full, especially for families with children.

“It is vital that we make connections and bring as many people as possible into our projects and dreams and what we are doing as a Christian community. I think saying a prayer is a simple thing. It is a way of bringing families and people who’s lives are full anyway, into participating in the Church at this particular time,” Bishop Kelly said.

He introduced the prayer in a message which was played in audio format and distributed as a leaflet at masses in January.

“I’ve had only positive responses to the prayer, people seem to be pleased with it,” he said.

“I think in some ways it reflects the major themes in Pope Francis’ exaltation ‘The Joy of the Gospel’,” he said and added that within the Church very often the same kinds of themes emerge in different times and different places.

“It is not ourselves, the Holy Spirit is the one who is orchestrating and our job is to listen.”

The Bishop also explained that in the course of the year he and those involved hope to talk a little more about renewal and about doing more concrete proposals.