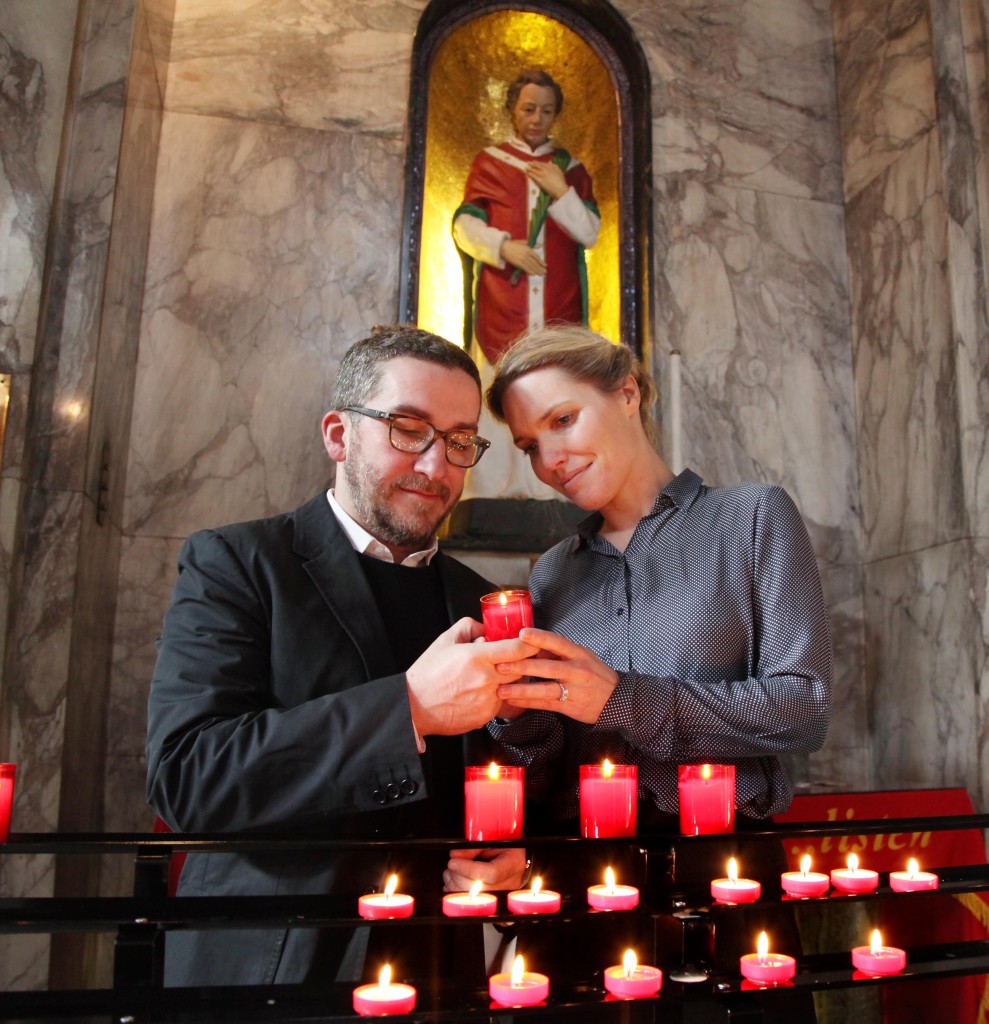 Demand for counselling from couples experiencing difficulty in their marriage rose again last year for the fourth consecutive year according to ACCORD, the Catholic marriage care service.

Releasing its annual figures, the agency said nearly 51,000 hours of counselling were provided across the island of Ireland in 2013 to help couples overcome problems in communication, stress, depression and conflict.

The main factors in relationship breakdown cited by couples to ACCORD was difficulties in communication such as not listening or ignoring (83%); anxiety and stress (83%); conflict, criticism and insults (78%); finance (66%); and extended family (49%).

According to Mary Johnson, a specialist in counselling, marriage and relationship with ACCORD, overuse of the internet and social media, while a factor in some relationship difficulties, is not a major contributor to relationship breakdown.

“We have about twenty issues that we talk to couples about when they come to us and the internet is one of them. Overall about 26% of couples would identify it as problematic in their relationship.”

Commenting on the figures, Bishop Christopher Jones, President of ACCORD, said “difficult economic times had put pressure on marriages and family relationships.”

Last year, 15,262 people attended the agency’s course which provides advice on fertility issues as well as how to resolve conflict, how to communicate and general well-being. That is up from 13,963 in 2010.

ACCORD’s figures were published as a special blessing was given to engaged couple, Helen Young and Conor Kavanagh, at St Valentine’s shrine in Whitefriars Street in Dublin. 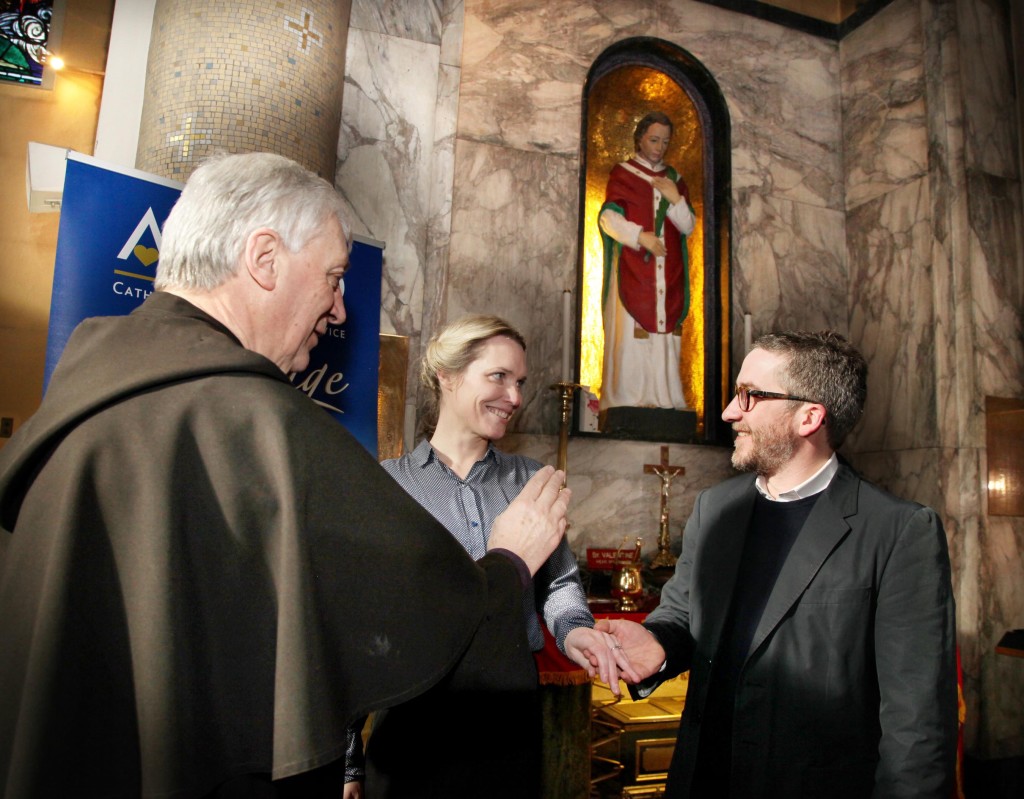 Fr Bernard Murphy O Carm blessed engaged couple Helen Young and Conor Kavanagh at the shrine of St Valentine in Whitefriar St Church in Dublin. The couple are due to get married in Rathfeigh Church in Diocese of Meath on 26th June this year. Pics John Mc Elroy.

Carmelite priest, Fr Bernard Murphy sprinkled holy water on the couple in front of the altar where the relics of the world’s most famous saint are kept.

Helen and Connor, first met when they were fifteen, then went their separate ways and bumped into each other by chance a few years ago in Neary’s pub in Dublin. They now plan to marry in June.

Harry Casey, Co-ordinator of the work of ACCORD, revealed to CatholicIreland.net that the government cutbacks on ACCORD’s services year on year since 2010 will amount to a 42% reduction in funding by the end of this year, a drop to €700,000 from €1.2milion.

“It is obviously very difficult to run the service with these cuts and yet we believe that the work we do is critical. It is a very important intervention for people post marriage when they get into difficulty and the church sees it as an important pastoral support to marriage,” he explained.

Paying tribute to ACCORD’s 400 volunteers who provide services in 58 centres across Ireland, often at no cost to the couples, he said the cutback meant they were giving over and above the odds.

“We struggle and do our best. We are appealing to the Government funders to look at any monies that are there. We know that we are living in austere times but we believe that if marriage and family is to a cohesive force in society, every facility should be made to help people who are in difficulty.”