Home > News > Euthanasia can become a “duty to die”: Archbishop

Euthanasia can become a “duty to die”: Archbishop 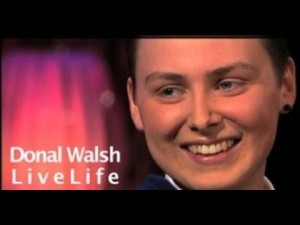 The Primate of All Ireland has warned Irish society that the “misguided” ‘mercy’ of euthanasia could easily result in a right to die giving way to “a duty to die.”

Speaking in St Patrick’s Cathedral in Armagh on the Church’s Day for Life, Archbishop Eamon Martin said that society needs to remember that poor health or disability does not take away the intrinsic value of the human person.

“It is alarming that in many ways life itself has become subject to, what Pope Francis calls, our throwaway culture. At times human life is treated like just another commodity, which is dispensable as if it had a use by or best before date,” he commented.

“Increasingly there are situations such as at the very beginning of life or near the end of life – where the value of one life is weighed up against the value of another or the lives of some people are treated as useless and disposable.”

The Archbishop praised his Church of Ireland counterpart in Armagh, Archbishop Richard Clarke’s stance in the debate on assisted dying in Britain in which he had courageously pointed out the fundamental Christian tenet that our life on earth is not our property to do with as we choose.

“Like Pope Francis, Archbishop Clarke reminded us that life is not a commodity which is disposable entirely at the will of the individual ‘possessor,” Dr Martin said.

During the Week for Life in the Archdiocese of Armagh, the Archbishop said the people of the diocese had been reflecting on the sacredness of all human life and praying that life will be protected and cherished in every circumstance.

“I encourage you to continue to keep this intention prominent in your thoughts and prayers as we continue to help proclaim and build a culture of life in the world.”

He challenged the faithful to ask themselves honestly if they are a protector of life.

“Do I fully cherish my own life and the lives of others in my driving habits, in the way that I speak and witness about life, in the way I look after my own health – am I valuing life as a gift from God?”

He said Pope Francis tells us that being a protector of life means protecting all creation, it means respecting each of God’s creatures and respecting the environment in which we live. “He talks about protecting people and showing love and concern for every person, especially children, the elderly, those in need who are often the last that we think about.”

The Primate of All Ireland said the Pope also emphasises the importance of the family. “Husbands and wives, Pope Francis says, must protect one another. They care for their children and children themselves in time protect their parents.”

The Archbishop also warned the Government that the Church would continue to campaign for “a society without abortion”.

Referring to last month’s publication of guidelines on the legislation, the Primate of All Ireland said these confirmed that abortion was now prescribed as an answer to a mother’s suicidal feelings, “despite all the medical evidence to the contrary”.

He said a mother in crisis or mental turmoil needed every possible support and the very best of care, as did her unborn child, and not abortion.

“The Church will continue to call for a society without abortion which loves and cares for all life equally and does everything possible to protect the life of both the mother and her unborn child – even in the most delicate and traumatic of circumstances,” the Archbishop stated.

During the Mass in St Patrick’s cathedral, Archbishop Martin prayed for the family of the British aid worker Alan Henning, who was beheaded by the Islamic extremists ISIL on Friday.

In his homily the Archbishop described the “horrific public assassination” of the British taxi driver as “yet another grim reminder to us of the culture of death”.

Recalling Kerry teenager, Donal Walsh, who died of cancer last year having campaigned for suicide prevention and promoted the message of ‘Live Life’, the Archbishop said he was someone who valued every moment of life and encouraged us never to take life for granted.

“The responsibility to build a culture of life belongs to every human being, believer and non-believer alike, and every church leader, community leader and public representative,” he said.

Separately, the Bishop of Elphin also paid tribute to Donal Walsh in his homily for the Day for Life.

Bishop Kevin Doran referred to the ability of some people to be able to see life as a gift even under the most difficult circumstances.

“You find the most amazing generosity and love in concentration camps, and in cancer wards,” he said as he also paid tribute to the sick and elderly to whom priests bring Holy Communion.

Recalling that last year, Pope Francis spoke about the desire of so many young people to build a better world, the Pontiff invited them to be “protagonists of transformation” and not simply “observers of life”.

“Don’t be observers”, he said, “but immerse yourself in the reality of life, as Jesus did.”

Last year, Bishop Doran recalled, we also “had the remarkable example of Donal Walsh, a young man of sixteen, who was struggling with terminal cancer.”

“He described himself as someone who just ‘wanted to live, to play for Munster, to travel the whole world, to raise children and die when I’m 100’. In the face of his own struggle for life, he could have given in to despair and turned his face to the wall.”

But the Bishop of Elphin said that for Donal there were no “sour grapes”.

“He showed great courage in his battle with cancer over a period of four years, struggling to regain his health and to remain active. As time went on, his focus was more on other people than on himself.”

“He used his energy to raise funds for cancer care and to encourage others.”

“He was particularly disturbed by the modern phenomenon of teenage suicide and he wanted to encourage other young people to ‘live life’, rather than seeing suicide as a solution to anything.”

Dr Doran said Donal Walsh’s message challenges us all, on this Day for Life, to create a world in which life is cherished and in which people are helped to ‘live life’ with courage rather than to give up on it.