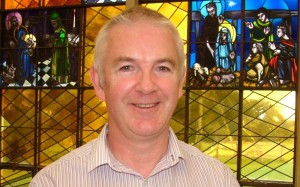 Human rights are the zeitgeist of our age and Christian Churches must take the initiative to go to the corner where the human rights debate is taking place.

Mr Jordan was one of a group of people addressing a recent gathering of the Irish Inter Church meeting (IICM) on the topic ‘Missional Challenges in the Rights-based Society’ which brought together over forty delegates from fifteen Christian Churches including Bishop of Limerick, Brendan Leahy, Moderator of the Presbyterian Church, Rev Ian McNie and President of the Methodist Church, Rev Brian Anderson.

Mr Jordan appealed to the Churches not to abandon the public square.

Human rights legislation was limited (nine treaties and one protocol on torture) and developing in an organic way.

We must learn the language of human rights, understand how laws are made and participate in “language and tones acceptable to our conversation partners,” he said.

He appealed to Christians not ‘demonise’ people working in the human rights sector but build relationships with them.

Each human rights case should be considered on its merits, said Mr Jordan. “Perhaps we are not facing a loss of rights but of privilege,” he suggested. “The debate may have begun in our corner of the room but it has moved on.”

He reminded those present too of the “honourable tradition of civil disobedience.” 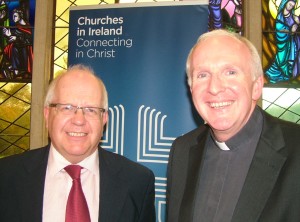 Rev Anthony Peck, General Secretary of the European Baptist Foundation, explained how the Judeo-Christian tradition was the cradle of human rights with its basis in three theological themes: creation, incarnation and new creation.

“Creation, and especially the creation of women and men in the image of God is seen as the foundation for human dignity which most Christian traditions see as inviolable.”

Citing examples from his own Baptist Church, Rev Peck spoke of men like Thomas Helwys (1612) who espoused freedom of religion.

These ideas were taken by many of the puritans to the New World where they became enshrined in the preamble to the US Constitution: ‘All men are created equal…they are endowed by their creator with certain inalienable Rights… Life, Liberty and the pursuit of happiness.’

The horror of the Second World War catapulted the world into the Universal Declaration of Human Rights in 1948, seen as the bedrock for the modern rights movement.

While imbued with a Judeo-Christian theological vision the declaration was “fundamentally secular” said another speaker, Prof Neville Cox from Trinity College Dublin.

The UDHR and the declarations that followed enshrined individual, inalienable human rights based on a secular concept of society but  since then a number of high-profile cases occurred where  religious convictions seemed to be ‘trumped’ in law by the demands of equality.

“The wearing of religious symbols, and the issue of whether a state official can be compelled to conduct gay marriages being just two of these,” said Rev Peck.

This has lead to disquiet among Christians about the “disconnect between faith and human rights in the secular market place.” In a ‘Godless age’ what is the role of the Churches he asked?

Quoting the former Archbishop of Canterbury, Rt Rev Dr Rowan Williams, Rev Peck said it was important “for the language of rights not to lose its anchorage in a universalist religious ethic, and just as important for religious believers not to back away from the territory and treat rights language as an essentially secular matter.”