Home > Featured > A martyr for America

A martyr for America

The United States has gained its first official martyr for the faith in Fr Stanley Rother, a quiet-spoken priest from Oklahoma, who was murdered in Guatemala in 1981.

Born into a farming family in 1935, the Oklahoman had never lived outside his family home before he joined the seminary. Yet, as a missionary, he immersed himself in the culture of the people he was to serve. Not only did he learn Spanish, he also learnt the unwritten language of the local people. Fr Rother went on to translate the Gospel into Tz’utujil and to celebrate Mass in that language. 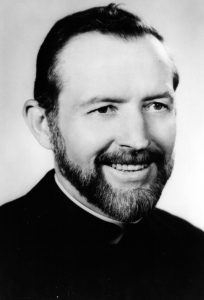 Ordained in 1963, Fr Rother volunteered in 1968 to join the Oklahoma City Archdiocese mission to the Tz’utujil people living in the rural highlands of southwest Guatemala.

He founded a small hospital in Santiago Atitlán that continues to serve the people of the area, which is most famous for Lake Atitlán, the deepest lake in Central America.

He also founded a radio station that broadcast in the Tz’utujil language. It was this development that put him into direct conflict with those in Guatemala who sought to deny the rights of the indigenous population.

In the year before Fr Rother was killed, the radio station’s equipment was destroyed and its director murdered. Violence against the Church escalated – catechists  and other active parishioners would disappear and, when their bodies were found, it was clear they had been beaten and tortured. Fr Rother was warned his name was on a death list and that he should leave Guatemala. 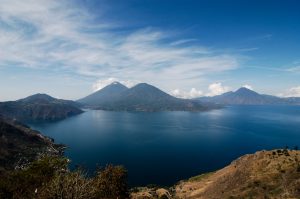 On returning to Oklahoma in January 1981, the red-bearded missionary asked his bishop for permission to return to Guatemala. Fr Rother went back to Santiago Atitlán in April.

On the morning of 28 July, gunmen broke into the church rectory and shot him twice in the head. He was one of ten priests murdered in Guatemala that year.

His body was flown back to Oklahoma and buried in his home town of Okarche, but at the request of his former parishioners his heart was removed and placed beneath the altar of the church where he had served the Tz’utujil people.

Reacting to the news from Rome, Archbishop Paul Coakley of Oklahoma City said: “We’re just thrilled, and grateful to God and to all those who have worked to promote the cause of Fr Rother. The Church needs heroic witnesses to advance the mission of Christ, and Fr Rother was truly a heroic witness to the Gospel of Jesus Christ. He gave his life in pastoral service to his people. I am looking forward to the celebration of his beatification.”

Also on Thursday 1 December, when approving decrees for several causes of canonisation, Pope Francis recognised the martyrdoms of Fr Vicente Queralt Lloret and 20 companions, killed in the Spanish Civil War, and Archbishop Teofilius Matulionis of Kaišiadorys, a Lithuanian who was worked to death in a Soviet penal gulag in the Arctic in 1962.