‘There is no moral justification for a lack of housing’ 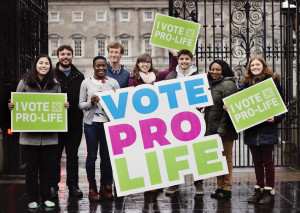 The Bishop of Cork and Ross has hit out at the homeless crisis in the country saying, “There is no moral justification for a lack of housing.”

In a statement on Saturday, Bishop John Buckley said the forthcoming general election will be an important moment in Irish history.

He urged the public to engage with electoral candidate when they call looking for their vote. “Our priorities and views must be reflected by our politicians,” he said.

Describing the last few years as difficult for all sectors of Irish society, Bishop Buckley said that it was known that the vulnerable have felt that austerity more.

“There is now a clear choice emerging as to whether we want a reduction in taxes or an increase in funding for vital services, healthcare and security being just two of the topical examples,” he said.

Other issues he highlighted are the “scandal of homelessness” which he said “is now at crisis point and is particularly distressing in relation to children who find themselves in hostels and hotels while trying to continue with their primary and post primary education”.

“We now have more homeless than at any other time in modern history. There is no moral justification for a lack of housing. It is an issue that demands investment,” Dr Buckley underlined.

He said the Society of Saint Vincent de Paul had told me recently that they are dealing with “a cohort of new poor, many of whom were contributors to the charity in the past” and that many of those on low incomes are in a similar situation.

“The next government must address this problem with a reduction of taxes for those on lower incomes,” he stressed.

On the issue of unemployment, he warned that in some areas of the county it is “tracing deep furrows in the hearts of the people.  As a result of the lack of jobs for people, especially young people, over 200,000 people have left Ireland during the past six years”, he criticised.

In his native Cork, he highlighted a number of issues are of vital importance to local communities.

“The recent floods resulted in heartbreak and financial ruin in many towns.” He also warned that the future of Cork Airport is critical for the economic well-being as well as industrial and tourism enterprises in the county.

“Over the past few years, Cork’s links to Europe have been reduced and there seems to be no progress on an American link. These are important issues for our public representatives before the election,” the Bishop of Cork and Ross stated.

On the issue of healthcare, he said the media’s has consistently drawn our attention to the issue of an overcrowded, understaffed healthcare system where elderly patients and those who are chronically ill are consigned to endless queues and trollies on corridors.

“This denies the dignity of the human person. I, like many more, have seen this during visits to hospitals.”

The Bishop also raised the issue of the treatment of refugees underlining that the vast majority of refugees who have experienced great hardship, violence and suffering are good and law-abiding people. But he admitted that “The refugee crisis is one which is threatening to destabilise governments across Europe.”

He said refugees must respect the values, laws and traditions of the host countries. He called for Ireland and Europe to address the question as a matter of urgency while respecting the need to follow proper procedures and security checks.

For the faithful, the Bishop said the greatest issue for all of us is the dignity of the human person. “This covers poverty, unemployment, healthcare and it also covers life in the womb.”

Acknowledging that it is likely that there will be pressure to repeal the 8th Amendment after the election, Dr Buckley said the is likely to be frequent references in the debate to ‘fatal foetal abnormalities’.

But he described the word ‘fatal’ as “misleading” since “there is no medical evidence, none whatsoever, where a doctor can predict, with certainty, the lifespan of babies before they are born”.

He added that parents often say that the time they have with their baby, however short, is very precious.

“Pope Francis has asked us to support people in difficult situations with mercy and love, always recognising the unique dignity of every individual including the child in the womb.”

He also warned that the term ‘incompatible with life’, which is also used, is a hurtful phrase since it implies that a baby’s life is worthless.

“It is sad that a child’s life-limiting condition is being used to promote the agenda of those who seek to legalise abortion on much wider grounds.”

Candidates in the election should be questioned “politely but firmly, not just on their future intentions but on their past record” the bishop urged.

He warned that the Protection of Life during Pregnancy Act (2013) directly targeted the life of the unborn child and “did so in the full knowledge that abortion is not a treatment for suicidal feelings”.

In the context of abortion, the Church teaches that it is wrong to confuse the necessary medical treatment to save the life of a mother and which does not intend to harm the baby with abortion which deliberately takes the life of a child.

“We are presented with an opportunity to shape the type of society that we want on 26 February. The decision is a significant one and which deserves our serious consideration. We should not consider just our own needs but the wider good and we should be respectful of those who seek our mandate. Democracy is dependent on citizens who are willing to serve,” the Bishop concluded.

Separately, the Pro Life Campaign held an awareness event outside the Dáil on Friday evening to launch its election video entitled ‘Your Vote Matters – Use It To Protect Human Life’. The video is encouraging voters to give their support to candidates who will work towards retaining the 8th Amendment.

It is being shared on social media and has already been viewed more than 130,000 times.

Speaking about the Pro Life Campaign activities in the run up to the General Election, deputy chairperson, Cora Sherlock said “We are hearing every day from candidates throughout the country that the abortion issue is coming up on doorsteps much more often than anticipated. They also admit that it is pro-life and not pro-choice supporters who are raising the issue.”

She added, “A significant chunk of the electorate have been following the debate closely and are concerned by the entirely one-sided presentation of the issue in politics and the media and at the way some members of the outgoing Dáil went out of their way at the last election to say how ‘pro-life’ they were, only to turn around and vote for abortion.”