The number of people helped by the homeless agency, Focus Ireland, grew by 9% in 2015 according to its latest annual report launched yesterday.

The 2015 Annual Report was launched by Minister for Housing Simon Coveney at the charity’s newly redeveloped housing in Stanhope Green in Dublin yesterday which provides 71 housing units for people who were previously homeless.

Focus Ireland Chairperson, Gerry Danaher, announced at the launch that 600 more homes would be provided by 2019 to help tackle the growing homeless crisis.

Over the next four years they aim to deliver 150 homes a year doubling its current housing stock.

“We all know that affordable housing supply is at the heart of the homeless crisis that blights the lives of so many,” said Mr Danaher.

“Focus Ireland has repeatedly called on the Minister and his predecessors to take the necessary action to tackle this crisis. But we also know we have our own important role to play in this and our plan to double our housing stock over the next four years is proof of our commitment.”

However, the charity warned that in relation to family homelessness there were a number of areas where more detailed proposals were needed before the plan were fully credible.

There was little in the plan that would cut the numbers of families losing their homes or helping others secure a home, he added.

“Focus Ireland and the Dublin Regional Homeless Executive are supporting more families out of homelessness than ever before, but we cannot keep pace with the deepening crisis as 90 families have become homeless every month so far this year, compared with 60 a month last year.” 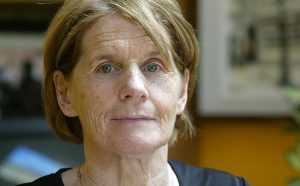 “It must be clear to everyone that the risks we are dealing with now are completely different because hundreds of children are involved.”

She called on leadership from Government to “update the rules to reflect the new reality”.

Gerry Danaher said that every night the Dublin Regional Homeless Executive and Focus Ireland struggled to find places for families to stay.

“Frequently we are still seeking rooms for some of these families as midnight approaches. The Action Plan is essentially silent on this crucial issue. The risk of children being forced to sleep rough with their families for want of an emergency bed is now an every night reality.”